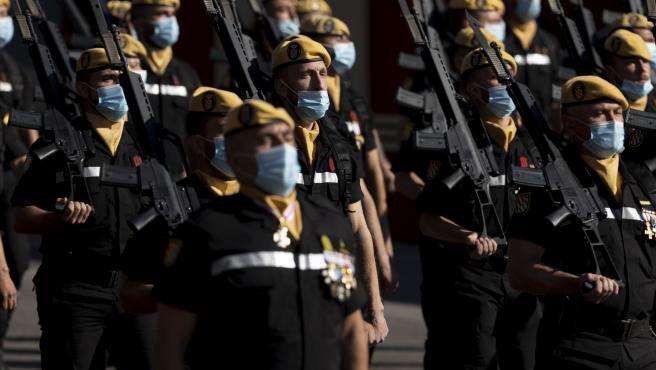 The Supreme Court has sentenced five sergeants – four men and one woman – of the Army who harassed a colleague at work for two years to one year in prison and suspension of employment . They referred to her with terms such as ” chihuahua, minion or rat “, in addition to making derogatory comments regarding her sexual orientation.

Despite the harshness of the victim’s account, at first the accused were acquitted by the Military Court, although now the Military Chamber of the High Court has reversed that decision. It also obliges them to compensate her with 15,000 euros , which will be contributed jointly by the five of them.

The events occurred six years ago in Tenerife, where the five convicts and the victim coincided in the Mistral Battery of the 93rd Field Artillery Regiment .

The victim, also a sergeant, joined that destination in May 2015, where he coincided with 20 other NCOs , including the five convicted. According to the evidence in the sentence, the harassment began even before the victim joined his job, since already then his professionalism and worth in front of other colleagues were questioned and comments were made about his sexual orientation.

As soon as he started at the military base, the victim began to constantly receive comments of “joke, humiliation and contempt,” says the sentence. The way of acting of the stalkers, which for the court is “serious” , consisted of calling him “loafers, minions, rats or chihuahua” behind his back, knowing that she would end up learning about the comments. They also underestimated her in front of her superiors. This situation ” continued to occur on a regular basis ” throughout the time that the victim, who ended up taking a medical leave, was stationed on the island.

Among the events that occurred and proven that the sentence relates are different situations, such as the one experienced the day in which one of the convicts decided to upload without authorization to a WhatsApp group in which the victim was not a photo of her with a ” minion”. The court also states that one of the superiors came to “enjoy” when the victim made a mistake in one of the tests they performed daily. At the end of the exercise, they laughed and chanted “buy yourself a friend.”

The victim did not denounce the harassment suffered , but the investigation was initiated by the judicial authority after taking a statement from him in the framework of another judicial proceeding. As if that were not enough, the Fifth Territorial Military Court decided to acquit the accused. However, the Prosecutor’s Office and the private prosecution appealed the decision and have managed to get the Supreme Court to impose a sentence on the accused.

The Military Chamber of the High Court explains that the proven facts show that ” the crime of harassment exists and that repetition concurs .” The magistrates acknowledge that certain behaviors carried out in civil life may not have criminal punishment, but those behaviors within the scope of the Army “

The court assures that the behavior of the accused with the victim “violated the most elementary principles” of the behavior of a soldier and that with him “they eradicated a normal relationship of coexistence.” In addition, the Supreme Court’s brief also draws attention to “the passivity” of the higher-ups of the accused and the victim. “They did not correct. They did not even find out what was happening despite the fact that the conduct of those NCOs was known,” argues the court.

The sentence for each of the five defendants is one year in prison , in addition to the military suspension of employment and the loss of passive suffrage for the time of the sentence for each of them. On the contrary, it acquits them of the commission of a hate crime, although it obliges the five convicts to pay “jointly and severally” 15,000 euros in compensation for non-pecuniary damage.