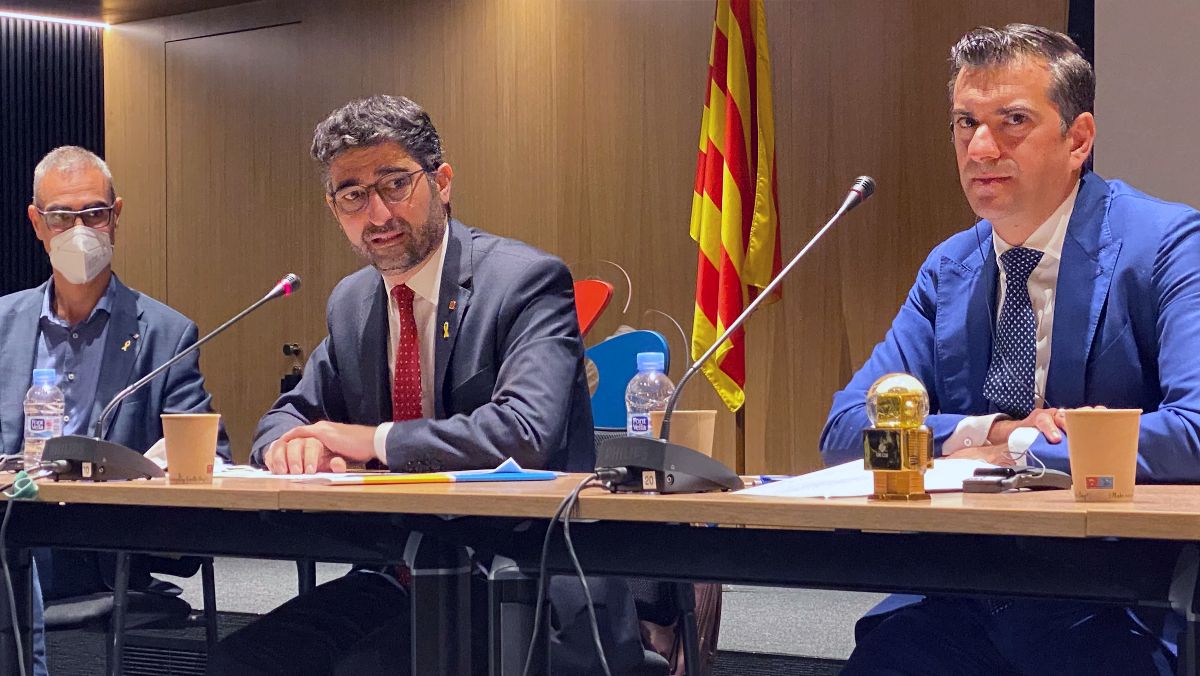 Barcelona has become part of the main global data logistics network . The multinational DE-CIX has set up three neutral access points to cloud networks, two in the Free Trade Zone and another in Sant Boi, which are now accelerating access to the global network.

“The digital airport has arrived earlier than the physical one, thanks to the fact that the Generalitat has put the appropriate conditions for it,” said the vice president of the Government, Jordi Puigneró , in the presentation of the infrastructure :”Catalonia will be an intercontinental digital hub rather than an airport”, he remarked.

DE-CIX starts up the infrastructures after a moderate investment of one million euros that, according to the CEO of the firm, Ivo Ivanov, does not reflect the importance of its economic impact, which will be an incentive to attract international companies and the development of new digital applications that make intensive use of the internet. The infrastructure initially interconnects some thirty networks, including some of the most relevant internet companies such as Google, Amazon (AWS), Oracle, IBM Bluemix or Microsoft (Azure).

For Puigneró, “DE-CIX’s investment guarantees a first-class and global traffic exchange point, amplifies the impact of the installation of international submarine cables and the digital port that will host them, all of which are key to the digital strategy objectives. of the Government “. Indeed, the installation of internet connection nodes is part of the Government’s objectives of achieving digital independence with accesses without direct management by the State.

The new DE-CIX accesses enhance the possibilities of implementing applications in which latency (the response time of the network) is essential. This is the case of interconnected cars or autonomous driving, for example, which requires latencies of one millisecond, when the usual one can exceed 100 milliseconds.

To view television signals without pixels, fast telecommunications networks and low latencies are necessary, for example. The distance from the devices to the interconnection points is also essential, so the installation of these in Catalonia multiplies the possibilities of using the network. “Latency is the new bargaining chip in the digital world,” Ivanov explained. Puigneró added that “

All DE-CIX exchange points in southern Europe serve local markets but also open doors of entry to interconnection with America, Africa and Asia. Thanks to the direct interconnection with Madrid and Marseille, Barcelona is also connected to the main connection node located in Frankfurt. The company has also reached an agreement with the Pompeu Fabra University (UPF) to create the Interconnection Academy in Barcelona, ​​a training center in telecommunications and digital network interconnection infrastructures.