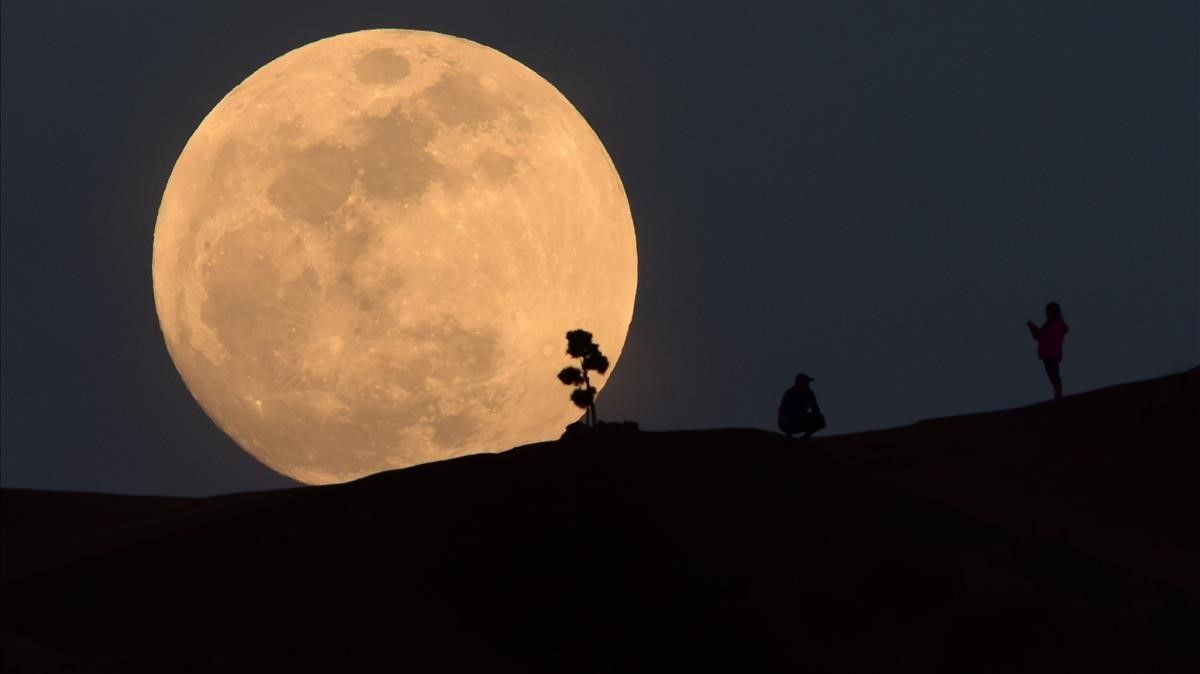 April’s ‘Pink Supermoon’ When is it and how to see it? On April 27, this phenomenon will be able to be seen, which determines that the flare of the satellite is 15% greater and its size grows by 7%.

April is a prolific month in dazzling astronomical phenomena , but among all of them the palm is taken by the so-called ‘Pink Supermoon’ . Fans of this type of heavenly show have an appointment with her on April 27 because, that same night, the Earth’s satellite will be in its full moon phase and, also, in its perigee, as happened on March 29. .

That coincidence determines a curious phenomenon, since it is the exact moment in which the Earth and the Moon are geocentrically closer . That is, 357,378 kilometers. The moonlight will be up to 15% larger, while its size will grow by 7%.

But why is that huge Moon called ‘pink’? The explanation is found in a wild plant from the United States and Canada called Phlox and at the time of its flowering. This type of vegetation is dressed in that pink color right now, in the month of April. For this reason, ancient cultures associated this phenomenon with the flowering of this plant and called it ‘Pink Supermoon’.

Meteor shower
As an aperitif of this succulent astronomical dish, the rain of Lyrid stars will arrive in mid-April , which will be visible from the northern hemisphere between the 16th and 25th. They can also be seen from the south, but much less. It is a meteor shower considered ‘modest’ because its average activity rate is usually 18 meteors per hour at speeds of 49 kilometers per second during those days.

This activity rate can be increased a few years to 100 meteors per hour, but it is extremely difficult to predict exactly in which years it will occur. What can be anticipated is that this April 2021 will not be good at all when it comes to observing this meteor shower, since its moment of maximum activity will be one day after the Moon has reached its first quarter phase .

The Lyrics will reach their climax around April 21-22. As with other stellar showers, what we see are fragments of the long-period comet C / 1861 G1 (Thatcher) orbiting the sun once every 415 years. When the Earth passes through a ring populated by these comet pieces, they enter our atmosphere and are calcined by the friction of the air, thus creating the luminous glow that we know as a shooting star.