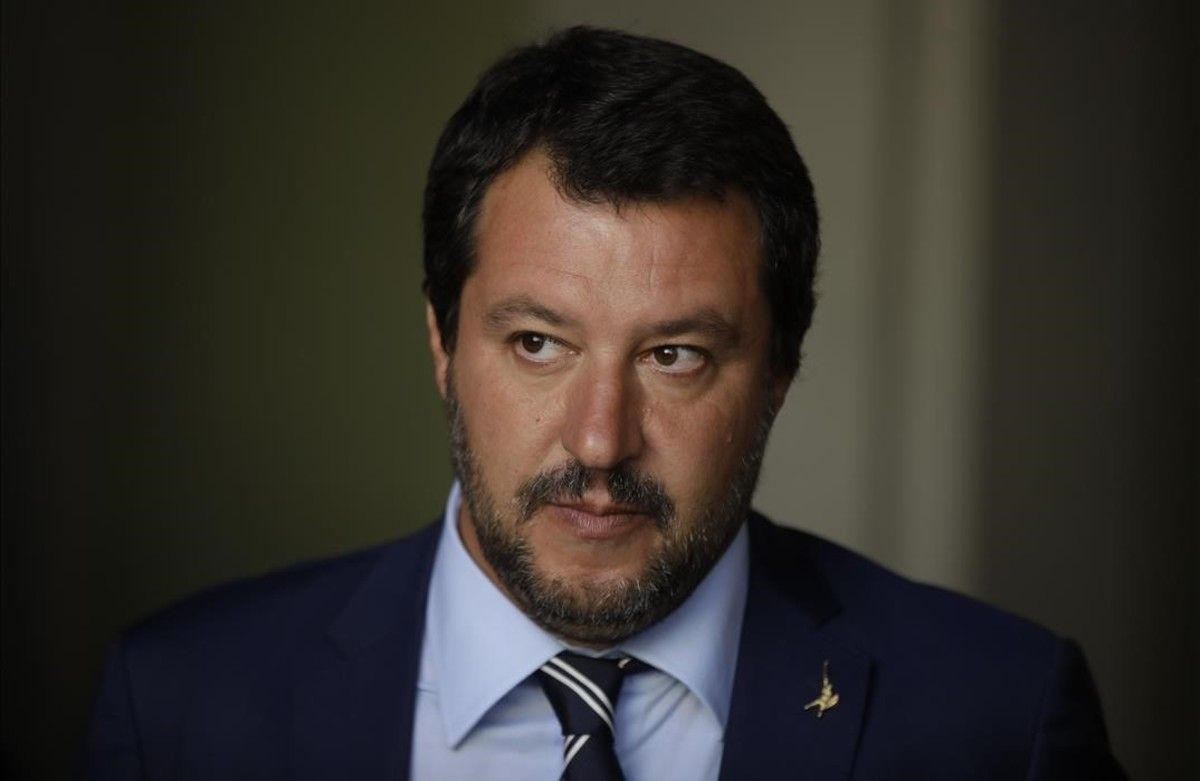 The Prosecutor’s Office asks not to prosecute Salvini for blocking a boat with immigrants. The Catania prosecutor asks to file the case against the former Interior Minister and far-right leader, indicted in another similar case, for denying the disembarkation of 131 people.

The Catania Prosecutor’s Office today asked to archive the case against the far-right leader Matteo Salvini , accused of ” kidnapping people ” for the blockade of a military ship with 131 immigrants on board in July 2019, when he was Minister of the Interior, within the framework of your immigration policy .

The prosecutor Andrea Bonomo assured that Salvini’s action does not fall within the type of crime of “kidnapping people”, which provides for prison sentences, and asked judge Nunzio Sarpietro not to continue with the preliminary process, sources close to the former minister confirm to Efe .

He is accused of preventing, as Minister of the Interior, the landing of the 131 immigrants taken on board the Italian Coast Guard ship ” Gregoretti ” rescued in the central Mediterranean, thus obstructing the humanitarian work of rescue at sea.

Decision on May 14
The process is currently in the “preliminary” phase and it will not be until May 14 when the judge announces whether to send the leader of the League to trial or if, on the contrary, he files the case, as requested by the Prosecutor’s Office. .

In his defense, the defendant has alleged that he acted with the support of the entire government of which he was a part, then chaired by Giuseppe Conte , and formed by the coalition between the League and the Five Star Movement anti-system .

Conte testified in this trial last January, when he was acting prime minister after resigning, and assured that the policy of blocking ships was the responsibility of Salvini.

This, as Minister of the Interior and Vice President of the Government between June 1, 2018 and September of the following year, promoted a strict policy of ports closed to immigrants arriving from the North African coasts.

Another similar trial
He is precisely facing another trial for a similar case , for blocking in August 2019 for 19 days the landing of 147 immigrants rescued by the ship of the Spanish NGO ” Open Arms “.

In this case, educated in the Sicilian Palermo (south), he is accused of the same crime, kidnapping of people, and the Prosecutor’s Office has requested his prosecution.