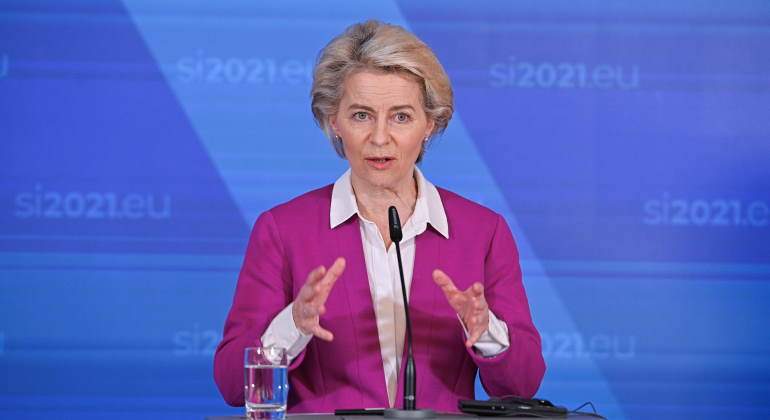 In this way, the executive body is preparing a plan to strengthen the influence of the region in negotiations with suppliers from third countries as part of a plan to prevent the energy crisis from undermining the economic recovery. The plan will also offer guidance on how to design tax cuts, direct support for the most vulnerable and state aid for businesses, according to a source familiar with the draft EU proposals.

Individual measurements
About 20 countries have already taken measures to mitigate the impact of the crisis or are in the process of doing so, according to the draft. These measures can be financed with revenue from permit auctions on the EU carbon market and other tools such as environmental taxes. The Commission also notes that member states are free to appoint a provider of last resort.

Gas and energy prices have skyrocketed to record levels as Europe approaches winter (the peak time for heating consumption), prompting some industrial giants to cut production (to save energy) and fan power. Social concerns over sky-high household bills. The peak occurs now that demand is recovering and the limited supplies from Russia and Norway coincide.

Although Russia is meeting its long-term contractual obligations, gas volumes arriving in Europe are lower than expected given the scale of current demand. Gazprom, the Russian company that supplies gas to Europe, currently offers little or no additional capacity.

Energy prices are expected to fall in April 2022 , according to the EU draft, but they are likely to remain above average compared to previous years.

Petition from Madrid and Athens
The creation of a common platform to buy natural gas has been promoted in recent weeks by the governments of Madrid and Athens as a way to use the influence of the bloc in talks with third countries. A bulk purchase would give greater bargaining power over prices, as has happened with the purchase of vaccines.

The idea is not new. A decade ago this approach was already put on the table by a group of countries, mostly from Eastern Europe, led by Poland , which have long expressed concern about dependence on Russia.

In its day, this joint purchase proposal did not obtain the majority support of the member states. EU Energy Commissioner Kadri Simson said earlier this week that the complexity and practical obstacles have always outweighed the benefits of such a mechanism. However, Brussels could be considering a change in its point of view to implement these joint purchases.

A battery of actions
EU leaders will discuss the energy crisis and measures to mitigate its impact on the economy when they meet at a summit in Brussels on October 21-22. The EU toolbox, which may still change before being approved by the Commission, will also include several actions that member states could take immediately, including:

-Support to help industries adapt to the energy transition

-Support to the most vulnerable households

The Commission will also encourage member states to help industries transition to renewables more quickly. The executive arm of the EU will look for ways to help accelerate and support that transition in the coming months, and will focus its speech on that clean energy is the best insurance against future crises.