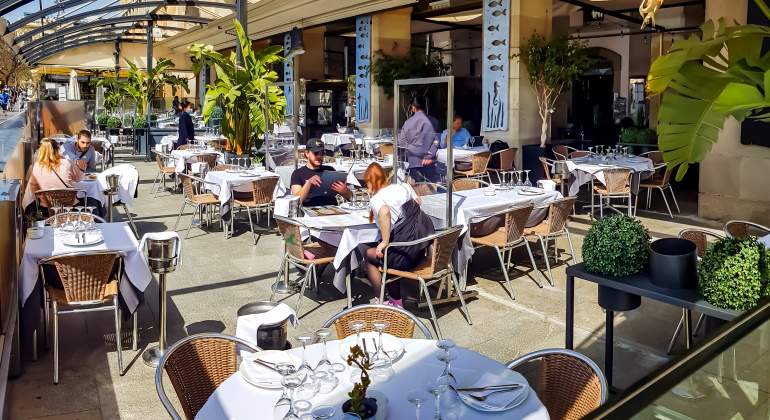 The health crisis caused by Covid-19 has transformed the customer of the reservation app TheFork, as shown in the latest study released by the multinational to compare the profile of the diner before and after the pandemic and whose main conclusion is the ability to adaptation to a new environment and its limitations.

With the arrival of the virus, customers of Spanish restaurants have undergone an accelerated digitization process that has resulted in restaurant reservations, with 23% more online reservations than in 2019. In fact, according to TheFork, 40 % of consumers say they book more online now than before the pandemic. A behavior that has exploded this summer, in which these reserves experienced a year-on-year growth of 55% and 40% compared to the rest of the year.

This increase in activity has been especially noticeable on mobile, with more than 90% of reservations made via mobile devices, which also meant that digital payments via TheFork PAY payments multiplied by four.

This evolution is related to the forecast, since one of the main reasons for booking is to secure a table due to capacity restrictions and limitations. Thus, the advance notice has increased by 23%, an hour and a half earlier than in the previous stage.

Likewise, the number of diners per reservation has also been affected, standing at 2.81 people compared to 3.16 on average in 2019. This precaution is maintained despite the relaxation of restrictions in the hotel industry, since reservations groups of 6 or more diners represent 6% of reservations compared to 10% before the pandemic.

Flexibility and terraces
The pandemic has also made Spanish diners more flexible, especially in terms of schedules, since they are now open to dine earlier, moving the reservation window at 8pm from 18% to 23% today. As for these new habits, we also see how they have gained weight during the weekdays versus the weekend; Saturday is still the most popular day followed by Friday, although they have lost points in favor of the activity during the week, which has gone from 35% to 40% today.

The new post-Covid-19 scenario has consolidated the prominence of the terraces despite the cessation of restrictions due to the pandemic. In recent months, 53% of the total reservations made at TheFork have been in restaurants with terraces, remaining as the preferred selection even after the summer and being the most sought after category of the year after “Japanese”. The premises with a terrace present in the app have doubled since 2019 throughout Spain, reaching 43% today compared to 22% a year ago.

Typologies
Regarding the type of restaurant, the favorites have remained with a strong predominance of Spanish and Japanese Mediterranean cuisine. Outside of this filter, those restaurants with updated Covid information have obtained a higher conversion, coinciding with the content verification that TheFork activated with the reopening of the restaurants in May 2020.

Finally, the average ticket per diner has not changed and remains at 25 euros per person, a post-Covid consumer aware of their expenses and prone to saving.