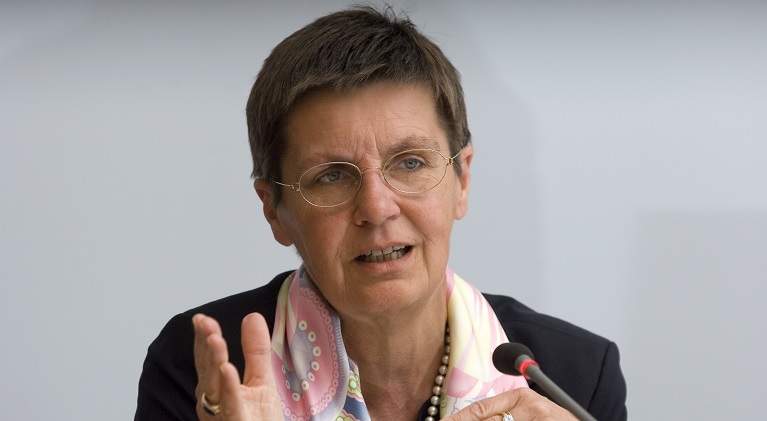 The president of the European Single Resolution Board (JUR), Elke König, has denied before the judge of the Popular case, José Luis Calama, that her words to the press days before the bank was resolved (it was on June 7, 2017) had an impact on the liquidity or the market price of the entity.

König gave an interview to Bloomberg on May 23 of that year in which he assured that the SRB was reviewing the Popular , however, the president of the European body assured that it was not the only entity that was being reviewed. According to her, these words could not be an “alarm” for the market, because it expects all banks to be supervised. In his opinion, neither the journalists nor the market reacted to his statements.

Likewise, König acknowledged that the then president of the Fund for Orderly Banking Resolution (Frob), Jaime Ponde, sent her an email after this interview, complaining of the statements and she replied that her words were neutral and without impact . Regarding a second information published in Reuters eight days later, on May 31, which attributed to her the statement that the SRB was dealing with Popular, the president denied that those words came out of her mouthnor from anyone on his team.

In addition, he added that he was in Washington at the time. König explained that the JUR carried out an internal investigation in this regard, which concluded that no one inside had leaked that information. The news caused the flight of deposits in the Popular, which had already started in April, to increase by 200%.

On the other hand, the president of the European body assured that she never met with Ángel Ron, former president of Popular, but she did with his successor, Emilio Saracho, who told her about his plans for the bank, which were then going through a private sale, the entry of a strong partner or a recapitalization. He also held talks with the then Minister of the Economy, Luis de Guindos. However, these plans could not be carried out because the flight of deposits left the bank without time. In his opinion, it was the market that did not give the entity time, which was led to a resolution .

The resolution decision was made in an executive session in which the JUR, the Frob and the Central Bank of Portugal were meeting. The European Central Bank (ECB) had already informed the SRB in April that Popular’s liquidity was “very fair” and the bank was deteriorating . In his view, the liquidity problems of an entity are a reflection of its solvency.

After deciding to resolve the bank, he assured that the best option was a private sale ( as was finally done to Santander ). When asked by the judge, he assured that the bank was not offered to any foreign entity because it was Popular himself who opened this sale and decided who to offer it to. Regarding why Santander’s offer was accepted if it arrived out of time (the limit was 00:00 hours on June 6 and the offer arrived after 3 in the morning, he assured that they were not in a position to say no to the same, since the Popular could not open the windows the next day. In addition, otherwise the JUR would have had to open its own private sale, which would have been more difficult and expensive, and they would have had to bail-in with shareholders and bondholders and restructure the entity due to lack of liquidity, which would have affected the financial stability.

Regarding why the SRB had valued the Popular at 8.4 billion euros and the Deloitte report valued it negatively in its lowest scenario (-8 billion), he assured that this information was discussed.