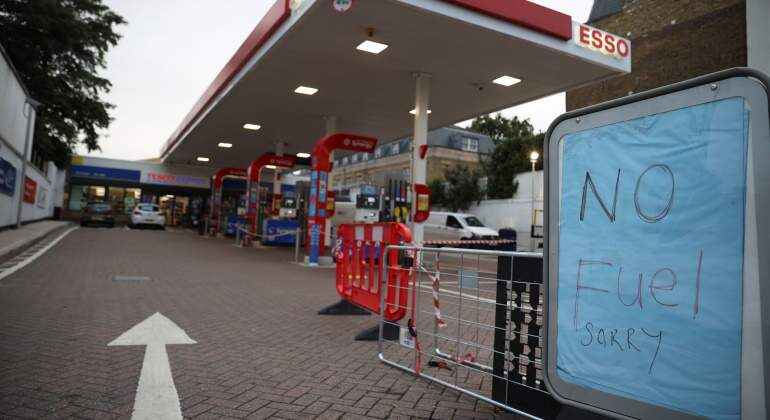 The UK gasoline shortage continues. According to data from this Thursday, only 26% of service stations were fully stocked and 27% were without a single drop, a figure similar to that of Wednesday. And, in the face of a wave of warnings that the crisis could lead to a shortage of Christmas, the Minister of Justice and Deputy Prime Minister, Dominic Raab, said this morning that they were considering forcing inmates in British prisons to drive trucks, “to reduce their risk of recidivism, “he alleged.

“We have managed to get prisoners and criminals to do voluntary and unpaid work. Why not, if there is a shortage, encourage them to do paid work where there is a benefit for the economy, a benefit for society?” to The Spectator magazine . “If you give people something to lose, if you give them some hope, they are much less likely to go back to crime.”

The situation, of course, does not seem to be improving at the rate that the government would like. Although Transport Minister Grant Shapps announced that more gasoline had been distributed on Wednesday than was sold for the first time in almost a week, almost the entire country remains in short supply. Northern England and Scotland are on amber alert, while Wales, London and southern England are on red alert. Only Northern Ireland is saved, which receives stable shipments from Ireland thanks to its membership of the European Common Market.

The result of the tension is seen in the pound, which is hovering around the minimum of December 2020. And it is seen in all the sectors that are warning of shortages: the latter, the country’s pharmacies. The associations of the branch, the Company Chemists’ Association and the National Pharmacists Association, warn that the deliveries of some medicines have been interrupted, and denounce that the Government has not informed them of its emergency plans to maintain the supply.

The great battle now is to see who or what is to blame. For Keir Starmer, the leader of the Labor Party, which held its annual congress this week, the responsibility lies with Prime Minister Boris Johnson’s “disastrous Brexit”, as no other European country is suffering from this same situation, despite the fact that all have a shortage of truckers to a greater or lesser extent. For their part, the ‘Tories’ point out that the fault lies with the Covid, which has shaken the supply chains.

But the biggest concern is growing warnings that there won’t be enough turkey, no toys, and no tech products in stores this coming December. A situation that, if it became a reality, would be a real nightmare for the Government. Johnson has promised to the media that he will “save Christmas” at all costs. But big distributors insist that big deliveries to retailers should be happening these weeks. If the situation does not improve soon, this year it may end with a last-minute sprint race to fill the children’s shopping baskets and gift boxes.