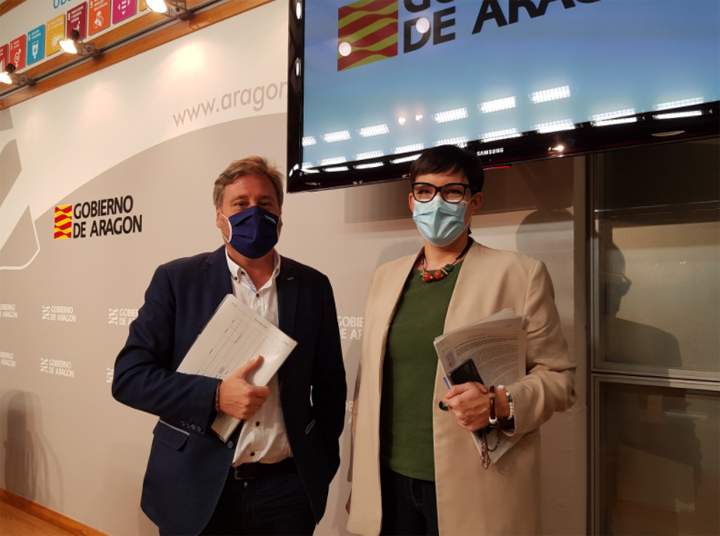 The Government of Aragon announces subsidies for a total of 1.8 million euros to the municipalities to acquire housing for “social or affordable rent”, as announced this Thursday at a press conference by the Minister of Vertebration of the Territory, Mobility and Housing, José Luis Soro, who added that 2.3 million will also be earmarked for the acquisition of homes by the regional executive itself to attend to “housing emergencies.”

Soro has been accompanied by the general director of Housing and Rehabilitation, Verónica Villagrasa, who has explained that this coming Friday will be published in the Official Gazette of Aragon (BOA) the order in which the call is collected, with all the requirements to opt to these aids.

The call aims to “offer a response to the need for housing, especially in rural areas”, while “giving use to the houses that are unoccupied”, has indicated the counselor.

Soro has affirmed that through this formula, “we attend in a novel and practical way to a demand from city councils” that lack “social housing or to attend residential emergencies”.

The houses acquired must “be incorporated into the municipal patrimony” and be destined “for rent for neighbors” in a situation of economic vulnerability, he pointed out.

Four houses
The counselor has advanced that the call is open to all Aragonese municipalities, but “so that it can reach the maximum number of municipalities”, the number of homes that localities with more than 5,000 inhabitants can acquire will be limited to “a maximum of four “from this line of subsidies.

It is a restriction aimed at “preventing the smallest municipalities from running out of aid”, specified Soro, who has warned that “if after the selection of beneficiary locations there is a balance, this limit may be passed.”

The counselor has affirmed that the estimates of his Department are that with the planned item of 1.8 million they can acquire “between 30 and 40 homes” and that they trust “to continue increasing this line” in the future.

The municipalities must submit the applications, according to the model that will appear published this Friday together with the order in the BOA, and will have one calendar month to do so. The counselor has expressed that the intention of his department is that all requests are resolved “within this year”, pointing out that the payment of subsidies will be made “before the purchase”, subject to “the signing of the deeds.”

With this measure directed at city councils, the aim is to “fight against depopulation” and so that “certain groups with low income levels can have housing at an affordable price in their municipalities”, said the counselor.

Maximum amount
The subsidy to which the consistories may choose will be “proportional to the useful area of ​​each home” with a limit of “up to 400 euros per square meter” and, in any case, the maximum amount of the subsidy “may not exceed 60 percent of the acquisition cost “, has specified José Luis Soro.

Among the objectives that will be assessed for the selection of municipal applications, the counselor has referred to the “number of inhabitants of the population and the number of houses acquired, the energy rating of the building”, in addition to being intended “for older people , have adaptations for people with disabilities “and that the city council” reduce the rental income. “

The subsidy is retroactive and may be used for homes acquired “from January 1, 2021,” Soro has contributed.

The dwellings must be destined for “social or affordable rent” for a “minimum period of 25 years”, to be inhabited by families or coexistence units that “do not exceed three times the IPREM (1694.7 euros per month), or four times (2,259 euros), in large families or units with members with disabilities “, as pointed out by the general director of Housing and Rehabilitation, Verónica Villagrasa.

The director has detailed the requirements to qualify for these subsidies, noting that the houses that are acquired by the municipalities must “be within their municipal term and in a condition to be occupied immediately”, adding that this will include “those that require adaptation works that do not involve an investment of more than six thousand euros “.

In addition, they must comply with all habitability conditions, that is, have a “useful area of ​​no less than 55 square meters”, meet “conditions of structural safety and habitability or in conditions of obtaining it with rehabilitation”, and have “supply of electrical network, potable water and system of evacuation of residual waters “.

Housing emergencies
Soro has also announced the publication this coming Monday of another Order by which 2.3 million are allocated for the direct purchase of homes by its Department.

In this case, the objective is to “attend to housing emergencies”, fundamentally for “families with order to launch their homes”, so the purchase will focus on “the Central Region, especially the city of Zaragoza, which is where we most we find that need, “he said.

The acquisitions for this autonomous public park have the objective of “increasing the social rent” from the Government of Aragon and will be carried out on “empty houses” that are owned by “financial entities or large owners”, and the prices to be paid will be determined following “the indices of the MITMA Housing Observatory “, stated the counselor.