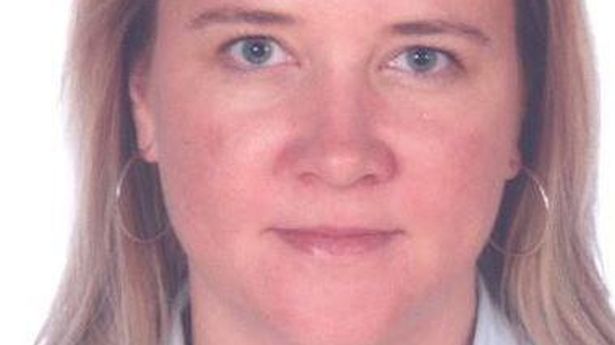 With a white t-shirt and jeans. Also with a characteristic tan, as if it were an inhabitant of the Marbella coast. This is how the British Alison Gracey was presented before the National Court, where this Thursday the hearing of her extradition was held , with a face quite distant from the appearance that a woman who has managed to flee ten years from the United States police. That golden decade, however, ended on April 4, when she was arrested in Bizkaia after appearing in an American television program entitled ‘America’s Most Wanted’, on the Fox network .

Gracey, 54, from Northern Ireland, has been in search and arrest since 2011 on charges of involuntary manslaughter and falsification of documents. Together with her husband, also on the run, the British woman ran a boat rental company in Florida , where they went on diving excursions. On December 18 of that year, one of their vessels, called Get Wet (“Get Wet”), sank. He did it with two hikers who were trapped in the cabin of the boat, barely thirty feet. One was saved. The other, Aimee Rhads, 36, passed away .

The event was not accidental, but causal , according to the Prosecutor’s Office. And is that the boat “was in extremely bad condition to go out to sea.” “It was frequently filled with water in rough seas,” says the Public Ministry in the indictment to which 20Minutos has had access .

Gracey and her husband were not immune to these problems: two years earlier, the American authorities had prohibited them from transporting more than six people on the boat, although they allowed them to continue with the business . They did, despite the fact that their workers also alerted them on several occasions that the ship “was flooded during the voyages because the bilge pump failed and the deck plates were not safe.”

Neither of them was at the scene at the time, but they were in the Bahamas, opening a new store, according to American media. The US Attorney’s Office accused them of a crime that, according to our penal code, would be involuntary manslaughter , punishable by between one and four years in prison. “[Gracey] omitted the most elementary precautions required of those who, due to their professional status, must have special training and preparation for the performance of their duties,” says the prosecutor.

It was not the only fault of both, but they were also accused of documentary falsification . And it is that, the American legislation prohibits that a foreigner (neither of them were citizens of the United States) owns a boat like the one they used in their business. That is why, and always under the report of the Prosecutor’s Office, “they convinced an employee of their business to sign a certificate of ownership of the boat in order to evade the law .” That document was registered with a bill of sale that turned out to be false, because “at all times” they had ownership of the boat.

With those charges under their arms, they decided to flee. In June 2015, they were arrested in Sint Maarten, a Caribbean island that belongs to the Netherlands. However, the authorities released them on bail pending their extradition, but they escaped again. According to the Fox program, they were last seen in France in 2017. “She is blonde, but she may have changed her hair . She was born in Northern Ireland, so she has an Irish accent,” said Yodit Tewolde, a legal expert, on an American television show months ago as they showed the recreation of Gracey in 3D and circled its silhouette.

Marcus S. Bourassa , the US criminal defense attorney in San Diego, told the New York Times that Gracey’ case shows “no matter how long it takes, we will ensure criminals are made to answer for their crimes”

“I’m innocent”
After his arrest in Bizkaia, the Council of Ministers gave the green light in June for the file to go to court and this Thursday the hearing was held at the headquarters of Genova Street of the National Court, where the judge has listened to the Prosecutor’s Office and her defense to assess whether she is extradited to the United States to be tried there, a decision that will be made in a few days . She, who has needed an interpreter because she does not speak Spanish, has defended her innocence. “I am innocent,” he said before the magistrate and the prosecutor.

However, the Public Ministry has been less benevolent. If the defense has alleged the prescription of the crimes, the Prosecutor’s Office has defended that it is not the same term in the United States. In addition, the prosecutor has assured that the extradition hearing should not enter into a matter of substance (whether or not she is innocent), but rather deal with whether she should be extradited, which they consider should have an affirmative answer.

“It was not necessary that he was there or that he had forged the document to maintain delivery to the United States,” the prosecutor said. His defense, however, has insisted on unloading responsibility on the captain of the boat and has assured that the rest of the defendants “were tried and released.” “We request that the extradition not be agreed ,” his lawyer concluded.