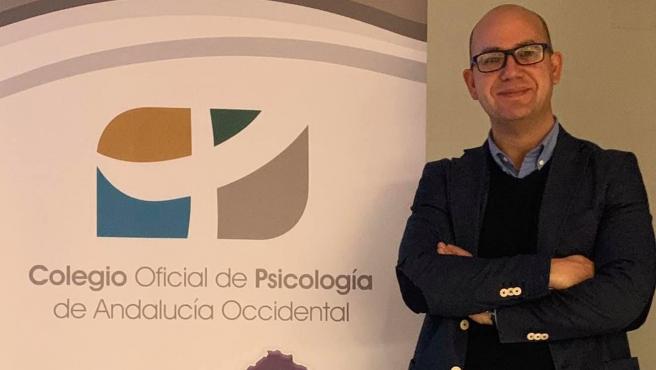 Pedro Martín-Barrajón is an emergency psychologist at Psicólogos Princesa, 81 and coordinator of the national network of psychologists for suicide prevention. During the months that the Covid confinement lasted , he was the head of the psychological care service created by the Ministry of Health, which in three months answered around 16,000 calls from depressed and desperate people , and of them more than 300, to the edge of suicide . None reached the end, which does not mean that the problem is over.

The pandemic has devastated the mental health of many people distressed by the lack of expectations, the lonely death of family members or economic uncertainty. But the worst did not end with the confinement. The wounds of the Covid are shown in particular in adolescence , he says, which has been “crushed” by it and on the International Day for the Prevention of Suicide that is celebrated this September 10 they serve as a reminder of what a ” silent epidemic ” , which kills the world as much as the coronavirus and which in Spain is the main cause of external death, with more than 3,600 deaths a year.

Psychologists call for a National Suicide Plan, which Martín-Barrajón believes should include a medical specialization , training in schools and outreach campaigns that could save 1,000 lives a year. It also appeals to be aware of the details in the behavior of those around us, because they can give the warning signal.

What has an emergency psychologist like you seen since the pandemic started?
I was part of the psychological care service of the Ministry of Health with the General Council of Psychology, which lasted from the end of March to the end of May [2020] and which they later eliminated. We received around 16,000 calls, five a day from all over the country were from people with suicidal behavior, even about to rush from a balcony. We developed a type of wiretapping and of those 305 calls, not a single person ended their life.

What reasons led to this situation in a pandemic, how are they different from a normal time?
The pandemic aroused a lot of uncertainty about the future, a lot of mistrust about its end, and despair became more acute. We didn’t have a vaccine, we didn’t know when this was going to end, what was going to happen to the jobs, if we were going to get it. As there has been so much trial and error with the different measures taken and contagions to relatives, many older people who developed suicidal ideas.

That during confinement, what happened to us afterwards?
What we have noticed in these post-pandemic months or after confinement is especially in adolescents: there has been a 250% increase in suicidal and autolytic behaviors. Teenagers have been hurt by this. There has been a devastating increase in the income of psychiatric units throughout Spain. During confinement, people did not commit suicide in their homes because there were relatives. These behaviors, which take place at home, had disappeared because suicide is an act of intimacy. With the openness measures, these behaviors are being done again.

“The pandemic has crushed adolescents”
That is, during confinement, did people commit suicide less because they did not have privacy and once they have regained it they try to kill themselves?
That is, as we could not go anywhere, because the father of the family, mothers and wives, children, they could not do it in privacy because they were all in the same address and that was a brake. But now that the measures are being opened, these behaviors reappear.

Does the progressive return to normality bring hope for people with suicidal behavior due to the pandemic?
That people can go out in the open air and practice sports is therapy, being able to go with family friends and associates with which sharing difficulties is a protective factor, without a doubt. The main protective factor is the support of others, above psychological or pharmacological treatments. Now, we are beginning to wake up to the real consequences of the pandemic: economic crisis, difficulties, business closures, family problems, marriage problems or sexist violence have worsened.

“Having recovered to go outside, play sports or meet with family and friends is a protective factor against suicide”
Has the number of suicides grown?
The data for 2020 will not be released until 2022, so it is very risky to say that rates have increased, but we are receiving information in a dropper that is not at all hopeful. For example, the Vall d’Hebron hospital [in Barcelona], the Valencian Community or the Basque Country, where they do a spectacular job of preventing suicide with a lot of resources and where they have increased by 27%. So in the rest of the country the outlook is not very encouraging.

Psychologists speak of them as a “silent epidemic.” Have health authorities neglected it for focusing on the coronavirus pandemic?
Until May 13 or 15 [of 2020] the deaths from Covid in the world did not reach those of suicides and only at the end of August, when in Spain we were already on the second wave, did they balance out. Suicide is a pandemic that is and will be if we don’t do something. Fortunately, the media are allowing themselves to be advised on how to report and whether to report or not, and of course, you have to report.

“Suicide is a pandemic that is and will be if we don’t do something”
Until recently, the guideline was not to report suicides so as not to incite others. It was a mistake?
The international scientific debate is no longer if it is necessary to speak, that of course it is necessary to speak, but how to do it. We have seen very unfortunate news specifying the name, the method. Lurid details are posted and that can be avoided. Or photographs of the place where it happened and where someone can imitate it. Or reducing the motive to one, with phrases such as “commits suicide for love, or because of the crisis or because of a mental disorder”, but between 2000 and 2009 the figures were maintained regardless of whether there was a crisis. 50% of the general population will experience moderate to severe suicidal tendencies throughout our lives and it is obvious that half of the population does not have a mental disorder. If we treat mental illness in that reductionist way, we will keep going around like a hamster without moving forward.

To what should we attribute that up to half of the population will have suicidal impulses throughout their lives?
There can be multiple causes. We usually confuse the cause with the precipitants, which is the most visible event, such as ruin, infidelity, or loss of status. The six most important risk factors are previous attempts; having a mental illness -that is why increasing depression or anxiety during Covid increases the risk-; being a man, because in Spain of four completed suicides, three are of men. To a lesser degree, hopelessness, loneliness, the lack of a social support network and, sixthly, the media, because thinking about it many people do, but not everyone ends up committing suicide.

Do the risk factors during the pandemic vary greatly from these six?
There is a peculiarity. The common factor is loneliness and isolation, but the loss of relatives without being able to say goodbye, not being able to take care of them in the last moments, people who had relatives in residences … There have been people who have received a call from a funeral home to tell him that they were sent by WhatsApp ‘some photos of the body and in 15 days the ashes’. Loneliness has wreaked havoc during the pandemic, no doubt.

Suicide is the main cause of death due to external causes in Spain, with 3,671 deaths per year, which are double that of a traffic accident and 70 times more than of sexist violence. What does it take to bring it to the public debate?
We must involve all agents of change and not only in the health field, because education also has a lot to say in situations of bullying, with outreach campaigns. Where there have been, the figures have been reduced by up to 30%. In Spain an informative campaign would mean a reduction of 1,000 deaths per year. Also with training to bodies and security forces, primary care doctors, nursing … to give them the ability to detect it. With the times that primary care doctors have, they will hardly have time to detect it. One in five people who commit suicide went to the doctor on the same day. This year there have been 316 deaths by suicide of those under 30 years of age.

Would the National Suicide Plan called for by psychologists include any additional measures?
Not all psychologists are experts on suicide because it is not taught in the career. I claim that suicide prevention becomes a regulated subject, psychologists have to specialize. But we can all be a helping hand, training the population in risk factors. When a person begins to regulate personal objects of sentimental value, when he says goodbye in some way, draws up a will, begins to leave things in order … if the general population begins to identify those warning signs, it would have a much greater scope than if we only train the professional group.