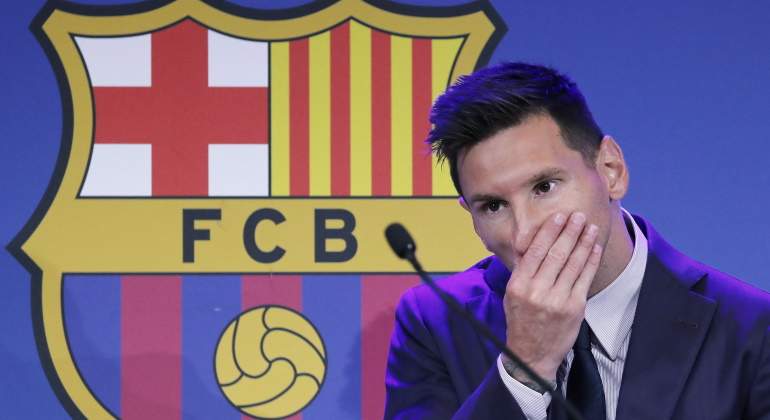 The departure of Leo Messi from FC Barcelona will have its economic consequences.

The club is currently the second most valuable soccer team brand in the world, only behind Real Madrid, which has a brand value of 1,276 million euros, ten more than the team led by Ronald Koeman, according to the report. Brand Finance Football 50 2021.

In this way, the departure of Leo Messi from the Camp Nou is expected to have direct adverse effects on FC Barcelona’s future sponsorship income, commercial income and match day income. It could also indirectly contribute to a decline in brand equity, as Barcelona’s brand strength may weaken with declining fan perceptions and global following of the club at risk of contracting.

Manchester stalks
In addition, if with the departure of Messi the club falls below 1,129 million euros, Barça could also lose second place in the ranking of the most valuable clubs in the world and fall behind Manchester United, whose current brand value is 1,130 millions of euros.

The general director of Brand Finance Spain, Teresa de Lemus, explained that “Messi is synonymous with the Barcelona brand and has been the club’s talisman since he burst onto the scene 15 years ago. His presence at the club has undoubtedly allowed him to attract supporters, subscribers, top players, managers, business deals and winning trophies. Their departure can cost the club a lot and cause a painful decline in brand equity. “

As Brand Finance points out, the club’s future actions and performance can play a crucial role in mitigating the risk of painful brand equity leakage.

Naturally, the value at risk depends to a large extent on how he reacts and the results of Barcelona once Messi leaves the club. “If they manage to attract other star players who can help to obtain better results on the pitch, boost the sale of shirts and commercial offers, the impact could be limited,” details the international consultancy.

Despite this, the loss of the Madrid player did not detract from the overall competitiveness of LaLiga, which with its 42 clubs has a sufficient specific weight that transcends the value of a specific player, they point out from the consultancy.