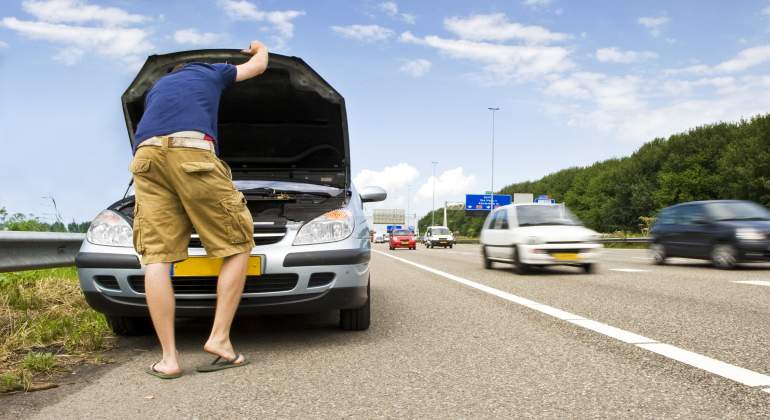 Summer is a time of great mobility on the road. The trips and routes to the beach or the mountains cause millions of Spaniards to take their vehicle to move, which also increases the fines. And it is that in addition to the classics of speed, alcohol or use of the mobile, the General Directorate of Traffic (DGT) detects many violations due to incorrect circulation associated with summer conditions where the use of flip flops abounds, illegal and highly penalized.

A fine of 80 to 200 euros can mean driving in flip flops or barefoot. A sanction that is understood by the bad, or null, grip that this type of footwear supposes to the pedal and the insecurity that it generates . And it is that although it is hot and the trip, in general, to the beach or the pool is short, wearing flip flops can cause a serious accident so it can also mean the withdrawal of 3 points from the driving license.

“Contrary to popular belief, it’s not illegal to drive barefoot in California – or in any other state in the U.S.” says Armen Khoshoryan, personal injury lawyer in Torrance. “Driving in flip-flops can be dangerous because the shoe can easily get stuck on or around one of the pedals. This can be extremely dangerous because it impedes your ability to hit the brakes in time if a hazard appears in your path. Once again, it is entirely legal to drive with flip flops on, but they can be dangerous as well.”

A point that many traffic officers focus on when they stop a vehicle in the vicinity of the places where flip flops are most abundant. Of course, the fine as long as they do not have total support, which is why shoes that grip the heel and the instep of the foot are allowed .

Other typical summer penalties
In addition, the DGT also tries to raise awareness about other bad habits behind the wheel that are also punishable. These are driving without a shirt, with a towel on the back or, in the case of the passenger or other passengers, putting the feet on the dashboard .

While the former, going without a shirt or with a towel on the seat can cause burns or that in the event of an accident, there is more ease for the dreaded underwater effect, the latter can be lethal for the co-pilot even in a minimal crash. In this way, the fines range between 80 and 200 euros , also with the withdrawal of 3 points, and 100 euros in the event that it is for other passengers .

All actions on which the DGT wants to put a lot of vigilance this summer of greater mobility. “It has cost us a lot to get to this summer, let’s not spoil it”, is the usual message that the institution transmits to remember that road safety is vital in order to avoid greater evils.