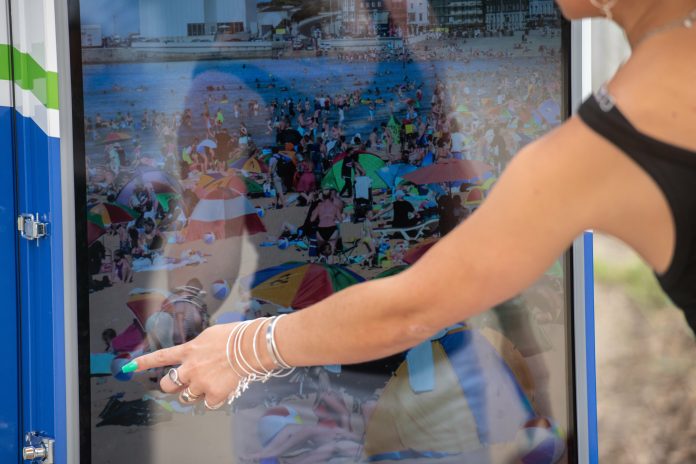 The best things about the ‘bucket and spade’ holiday include eating fish and chips on the beach, rock pooling and Mr Whippy ice cream, according to research.
A study of 2,000 adults took a nostalgic trip down memory lane and found 51 per cent love everything the traditional British seaside has to offer.
Crabbing and visiting local tea rooms also feature in the top 20 list, as do penny arcades, pier strolls and beach ball games.
But on the flip side, some of the worst things about a beach break include getting divebombed by seagulls and enduring sand in your sandwiches.
Having a nightmare trying to park, crammed beaches and screaming kids everywhere are also unfortunate parts of a staycation.
Additionally, 31 per cent admit their trip to the seaside can also go horribly wrong if they forget to take essentials such as sun lotion, as well as contact lenses (nine per cent), sunglasses (29 per cent) or something to sit on (23 per cent).

The research was commissioned by Vision Direct to highlight the joys of a beach break, but what can also go wrong if you forget crucial items.
This was brought to life as beachgoers were left stumped when they were tasked to count the number of beach balls in a visual puzzle – in sympathy for those who have left glasses or contact lenses at home.
Barney Streeting, general manager for the contact lens specialist, said: “Many of us will be familiar with the feeling of arriving at a staycation destination, excited to start relaxing, only to discover that you’ve forgotten an essential item like your contact lenses.”
The study also found sea views and letting the kids dig holes in the sand are other best things about a ‘bucket and spade’ staycation, as well as sticks of rocks, donkey rides and building sandcastles.
But a trip can quickly fall apart when forgetting essentials, as 28 per cent of poor-sighted Brits have struggled to enjoy their seaside holiday after forgetting their prescription contact lenses or glasses.
This is despite 49 per cent packing ‘everything including the kitchen sink’ when going away, according to additional research of 2,000 UK holidaymakers.
And in spite of their thorough packing ability, 68 per cent said it’s still likely they will leave something behind.

Staycation staples
The beauty of a trip within the UK means you can pack twice as much as you would for a trip abroad, according to 46 per cent of holiday goers.
Slippers, teabags, their own pillow and a favourite mug are among the beloved items they stash in the back of the car for a staycation.
However, 73 per cent have had to hit up the local shops the moment they’ve reached their destination to buy belongings they’d forgotten to pack.
Toiletries, phone chargers and sunglasses are among some of the most commonly left behind items, but holidaymakers have also forgotten underwear, medicines and contact lenses in the past.
The research, conducted via OnePoll, also revealed 28 per cent have found themselves butting heads with another family member after carelessly leaving something at home during a UK break away.
Barney Streeting added: “We wanted to remind people of how clear vision can make or break a holiday.
“The best times often seem to go by in a blur, so it’s a good idea to make sure your eyesight doesn’t go the same way.”
Top 20 best things about a ‘bucket and spade’ holiday