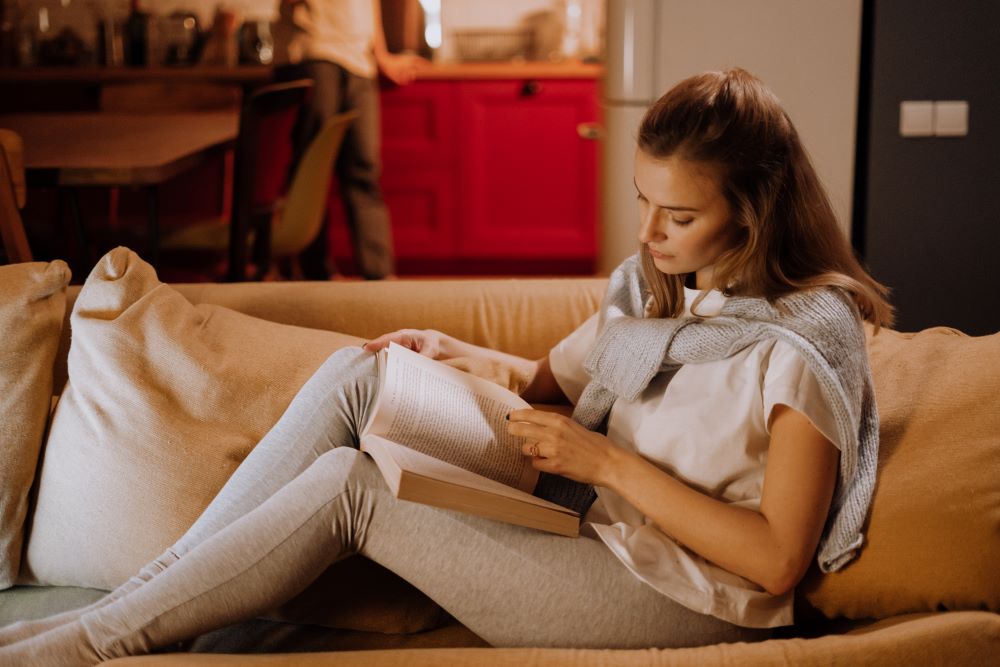 Sally Rooney’s Beautiful World, Where Are You has been named the best holiday read – beating the Harry Potter collection and Fifty Shades of Grey.
A poll of 2,000 adults revealed Jane Austen’s Pride and Prejudice and Harper Lee’s To Kill a Mockingbird completed the top five.
The Boy in the Striped Pyjamas, by John Boyne, came sixth, followed by The Thursday Murder Club by Richard Osman and The Diary of Anne Frank.
Other popular reads included My Sister’s Keeper, by Jodi Picoult, and Suzanne Collins’ The Hunger Games.
Finding the right book
The research, commissioned by national holiday cottage company Original Cottages, also found travellers will get through five books during a typical getaway.
And 60 per cent will read more on a week’s holiday than in an average working week.
Nearly six in 10 (58 per cent) prefer to read when away as they can relax and unwind, with 59 per cent believing that buying new books is a key part of the travel prep.
It also emerged romance was considered the top genre to read on a staycation, while others enjoy mystery, historical and literary fiction.
But rather than trying something new, 39 per cent stick to a genre they know they love and read all the time at home.
Nearly three quarters (72 per cent) think reading is a great way to escape and switch off.
However, 37 per cent find it difficult to find the right book to buy when on holiday in the UK.
Holidays are all about escapism
Sonia Holman, from Original Cottages said: “Holidays are all about escapism and there’s nothing quite like getting lost in a good book to help you disconnect from work and unwind.
“We hope that our summer holiday reading list will help Brits to feel inspired when it comes to packing a book for their next UK trip.”
The study also found 60 per cent of adults still prefer to read a physical copy of a book when they’re away, rather than on a tablet or Kindle.
On a typical staycation, holidaymakers do most of their reading in the garden (23 per cent), on the beach (16 per cent), and in bed (16 per cent).
Beyond the clothing essentials, books (59 per cent) were the top ranked things travellers pack for a UK staycation, beating other things such as magazines (30 per cent), board games (29 per cent) and sports equipment (26 per cent).
And 62 per cent believe reading is an integral part of the holiday experience.
Sonia Holman, from Original Cottages, added: “For the more than half of Brits (54 per cent) who would feel frustrated if they forgot to bring something to read, our local team of experts are on hand to provide tips and advice on where to find the best novels locally.”
The ultimate summer holiday reading list

Beautiful World, Where Are You by Sally Rooney
Harry Potter collection by JK Rowling
Fifty Shades of Grey by E.L James
Pride and Prejudice by Jane Austen
To Kill a Mockingbird by Harper Lee
The Boy in the Striped Pyjamas by John Boyne
The Thursday Murder Club by Richard Osman
The Diary of Anne Frank by Anne Frank
My Sister’s Keeper by Jodi Picoult
The Hunger Games by Suzanne Collins
The Fault In Our Stars by John Green
Better off Dead by Lee Child and Andrew Child
The President’s Daughter by Bill Clinton and James Patterson
Twilight by Stephanie Meyer
A Life on Our Planet by David Attenborough
Murder Before Evensong by Richard Coles
Over my Dead Body by Jeffry Archer
The Murder Book by Mark Billingham
Normal People by Sally Rooney
Becoming Molly-Mae by Molly-Mae Hague
Diddly Squat by Jeremy Clarkson
Cat and Mouse by MJ Arlidge
It Ends With Us by Colleen Hoover
Lion by Conn Iggulden
Billy Summers by Stephen King