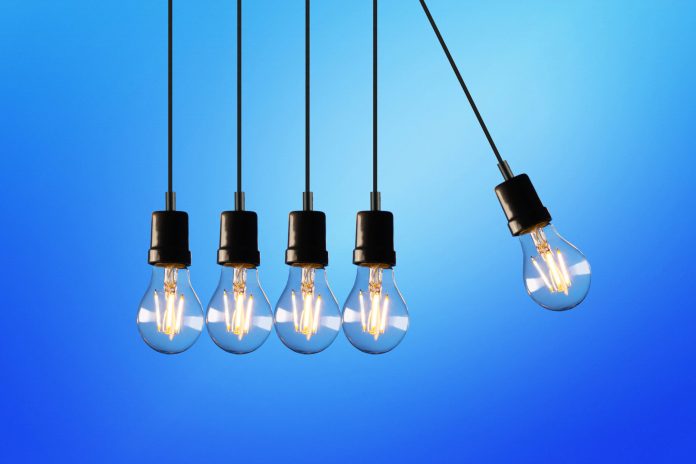 But washing your clothes at colder temperatures and keeping doors closed are among the tried and trusted methods which do keep down costs.
What does and doesn’t work when it comes to saving money has been a hot topic of conversation amid rising energy bills.
So, Angellica Bell, co-host of The Martin Lewis Money Show, has revealed her top energy saving hacks which work – as well as dispelling the myths which don’t.
Other tips that she said could save the pennies include only boiling the water you really need to make a cuppa and unplugging your electrical appliances when not in use.
It comes after a survey of 2,000 adults found 39 per cent already think putting your washing on at a cooler temperature will keep bills down.
While 22 per cent are already saving money by cutting down the temperature at which they wash their clothes, while 35 per cent are doing so in a bid to protect their clothes and make them last longer.
Following the findings, a quiz has been created for people to test their knowledge of the money-saving hacks that work, and those that don’t.

Angellica Bell, who is working with Ariel, which commissioned the research to highlight it’s #WashColdChallenge, said: “I’ve started to make some simple switches and have mastered some tips along the way.
“There’s so much information out there on what works and what doesn’t when it comes to energy saving hacks.”
“As we’re all set to see rising energy bills, turning your laundry temperature down to a cold wash is a simple switch you can make to reduce your energy usage in the home.
“Not only are you reducing your carbon footprint but you’re also reducing your laundry energy usage – washing cold could save you up to 60 per cent on your washing machine energy bill.”
Other ways Brits plan to reduce the impact on their wallets and the environment include cutting down on their car use (39 per cent).
And as the weather warms up, 65 per cent have cut right back on their use of central heating inside the home.
Nearly half (45 per cent) have started unplugging devices which aren’t being used, and four in 10 make sure to keep curtains shut tight to keep warmth in.
On average, Brits get through three loads of washing each week – although more than one in 20 do one every day.
But 29 per cent admitted to not splitting their washing into ‘lights and darks’ – and bundle it all in together.
While one in five don’t typically read instructions on how to wash their clothes, and just put everything through the same cycle – with men bigger culprits than women.
However, while 41 per cent are already washing their clothes at 30 degrees, 35 per cent are still most likely to go for a hotter wash at 40 degrees.
Ariel’s spokesperson said: “Everyone is looking for ways to bring their energy use down, both to save money and resources.
“Some tips are really good and will help in both regards, while some are old wives’ tales that will only make a negligible difference.
“Doing your washing at a lower temperature is something that will make a difference, both to your bills and the longevity of your clothing – lowering the temperature of your wash can go a long way to reducing the environmental impact of your laundry.
“As part of our drive to get the nation to turn down their temperature, if the #WashColdChallenge campaign hits one million pledges from the public, we’ll donate £100,000 to WWF to help protect the planet.”
TOP TIPS THAT DO WORK
1.            Turning your laundry temperature down and even washing cold could save you up to 60 per cent on your washing machine energy bill.
2.            Buy energy efficient appliances – An A+++ washing machine will typically use less energy or check the eco cycles on machines you have.
3.            Switch off standby modes where you can – a lot of electrical appliances can be turned off at the plug without affecting their programming.
4.            Stop over charging your phone. Lots of people stick their phones on charge overnight but repeatedly charging your phone to 100 per cent can deplete the battery life over time. Simply top up your phone when it needs it.
5.            Air drying clothes instead of running them through a tumble dryer will help save you money and becomes easier to do in the summer months.
6.            Only boil as much water as you need in your kettle.
7.            Draught proofing your house is a good way to save. Yes, you may need to pay out initially, but it could save you more money in the long run.
8.            Using a microwave is cheaper than using an oven or even invest in a slow cooker.
9.            Turn your lights off as much as possible and replace lights with LED bulbs.
10.          Smart meters allow you to see when you’re using the most energy and how much it’s costing you. So, while installing a smart meter itself doesn’t save you money, being able to track your energy usage may help you make more informed choice in the long run, which could save energy, and therefore cash.
TIPS THAT DON’T WORK
1.            Not taking into account the temperature of your wash. Washing your clothes at hot temperatures isn’t using the same amount of energy as washing on colder temperatures. Reducing the temperature from 40°C to 20°C on a normal cycle can save you up to 60 per cent on your washing energy bill. And switching to a lower temperature can not only save you money, but also helps the environment as you are using less energy and thus reducing your laundry’s carbon footprint.
2.            Turning the thermostat up to a high temperature will not warm up your home quicker.
3.            Painting radiators black will not help conserve energy.
4.            Using electricity at night isn’t always cheaper than using it in the day. This is dependent on the tariff you are on and for those who have central heating, electricity costs the same no matter what time of day you use it.
5.            Leaving devices on standby is still using up energy. Take the plug out or turn off devices when not in use is an efficient way to save energy.
6.            Having the heating on low all day to save money is a myth. Only having the heating on when you need it, in the long run, is the best way to save energy, and therefore money.