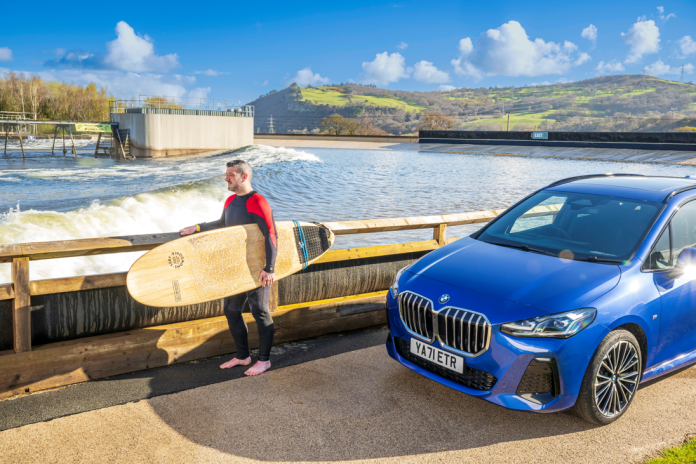 A poll of 2,000 adults found 68 per cent feel more driven than ever to embrace life and step out of their comfort zone to try new things.

Sky diving, driving on a racetrack and conquering a mountain range are among the top 20 ambitions.

While becoming fluent in a new language, overcoming a fear, and finally learning an instrument they’ve always wanted to play also featured highly.

The study also revealed a shift in outlook with half of respondents saying they’re now more focused on shorter-term attainable goals that can provide instant pleasure, rather than longer-term lifetime ambitions.

The research was commissioned by BMW to promote the launch of its new 2 Series Active Tourer.

A spokesperson for the brand said: “Remaining physically and mentally active is critical to our happiness and well-being.

“So it’s great to know that many people are acting on their ambitions and setting off in pursuit of new experiences.”

As many as four in 10 respondents share this belief, saying that having ambitions in life is key to staying on top of both physical and mental well-being.

While more than a third (37 per cent) say always having something to aim for means they never stop learning.

Rather than slowing us down, age only accelerates this drive, with more than half of the nation (52 per cent) saying that getting older has given them perspective and made them more determined to achieve their goals.

Despite these good intentions however, some of us are stalling with 45 per cent getting to the end of the weekend and worrying they’ve ‘wasted’ it and should have done more according to the OnePoll.com figures.

BMW’s spokesperson added: “We all know that sensation of the days and weeks seeming to pass more quickly the older we get.

“Now is the time to get out there, seize the day, jump in the car and have a go at whatever it is that you’ve always wanted to try.”

An Active Tourer Map has been developed by BMW to help the nation discover the Top 20 well-being and daredevil experiences in the UK.

THE TOP 20 AMBITIONS BRITS WANT TO MAKE IN THEIR LIFETIME