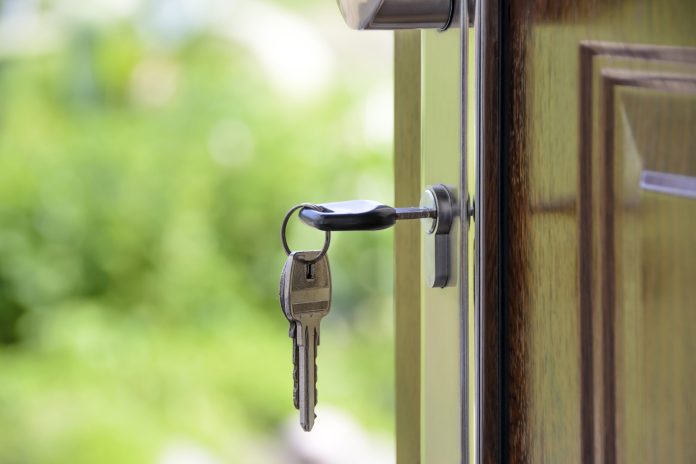 A study of 2,000 homeowners and renters found 41 per cent felt tired of their surroundings an average of a year after getting the keys.
As many as 48 per cent of 18 to 24 years old felt fed up of their home after just two months, compared to 12 per cent of the over 65s.
The decoration, layout and location were the main things that triggered this boredom, while furniture and appliances also appeared on the list.
But surprisingly 21 per cent claimed to be sick to the back teeth with absolutely everything about their home.
A quarter of those who got bored blamed this on lockdown, as they spent so long in one place all day.
Whilst a third put it down to not having enough space and 31 per cent were fed up with issues such as damp, creaky floorboards and condensation on the windows.
And 21 per cent of those who agreed they were bored noted this was because they didn’t like their neighbours.
As a result of being fed up of their home, nearly one in 10 adults would like to redecorate their surroundings as often as every four weeks.
And the average adult spends an average of £36 on home furnishings each month, with two in 100 claiming to splash more than £500 a month.
Ryan Prince, CEO and Founder of residential rental brand UNCLE, which commissioned the survey said: “It’s not a surprise it takes so little time to become bored of the home you live in. When you spend so long in one place, it’s easy to become tired of the same thing.
“There can be so many triggers of this boredom, from the location of the property to the interior and decoration to even the neighbour’s dogs barking through the walls can cause restlessness.
“Having an escape within the space you live is so important for not only your well-being but also to reduce the possibilities of becoming bored with where you live.”
The study also found 58 per cent of those suffering from home boredom tried to overcome it, with 29 per cent trying to find somewhere new to live.
Others bought new furniture (35 per cent), repainted the walls (41 per cent) or changed their garden (29 per cent).
Of those who rent their home, 22 per cent are scared to commit to buying their own home, in case they get bored of it.
While 37 per cent enjoy the flexibility renting gives them, according to the study by OnePoll.
Ryan Prince added: “I see flexibility as key to a happy life. The ability to move around and live in different places to suit your lifestyle is really important to millions of people.
“One benefit of living at UNCLE which we’re proud of is our ‘Sleep Around’ offering.
“Should an apartment become available in another building, or another floor of the current building you reside in, our residents can put in a request to switch.”