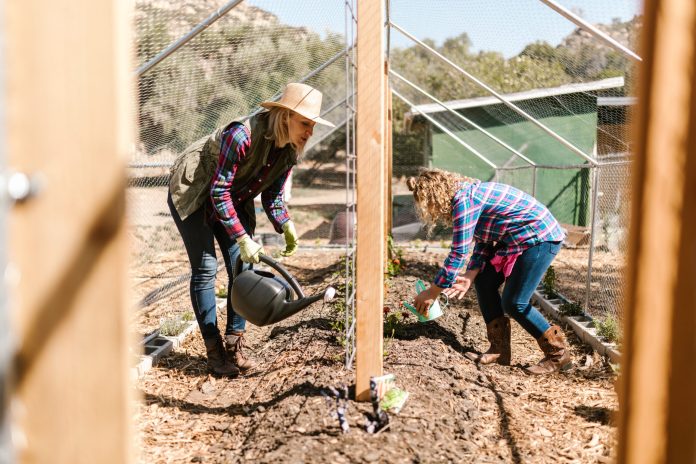 A poll of 2,000 UK homeowners found 44 per cent feel competitive when they see next door’s flower beds, while four in 10 have turned the condition of their lawn into a heated contest.
A cheeky 40 per cent have even spoken directly with their neighbours to make the rivalry official, with 38 per cent admitting the grass literally looks greener on the other side of the garden fence.
Features such as hot tubs, summer houses and pizza ovens are among the hottest things to make next door envious.
And 20 per cent think their neighbour’s garden makes the rest of the street look worse.
A spokesperson for fencing company DuraPost, which commissioned the survey, said: “Neighbour rivalry is no joke – we can’t help but compare what we’ve got with others and take it upon ourselves to go one better.
“Whether it’s just a bit of fun or deadly serious, these results show it’s a real thing and it’s been really interesting to see people’s responses to it.”
The study also found that despite 75 per cent being friendly with next door, a third admit they’ve previously had an argument over something garden related.
And while 60 per cent claim friendly banter is all said in ‘jest’ – they are secretly competitive about who has the best garden.
A further 39 per cent constantly try to outdo others with their outdoor space, as more than half consider it their pride and joy.
The study, conducted via OnePoll, also found three in 10 think others on their street should take more care over how their garden looks.
But 48 per cent admit to being envious of next door’s outdoor sanctuary, while a quarter said their main motivation for gardening is to outdo others.
When thinking about their own garden, the average adult has spent a total of £3,900 in a bid to make it the best on the street.
As many as four in 10 tend to their shrubs weekly, while 44 per cent are always on the lookout for outdoor décor inspiration.
It also emerged 75 per cent would like to change something about their garden in order to improve its appearance, with flower beds (40 per cent), lawns (39 per cent) and fencing (35 per cent) the top priorities.
The DuraPost spokesperson added: “Now the weather is changing, people are keen to get their gardens looking summer ready.
“Living in the UK, we only get to spend a short amount of time outdoors, so making sure our own green sanctuaries look their best is so important.”