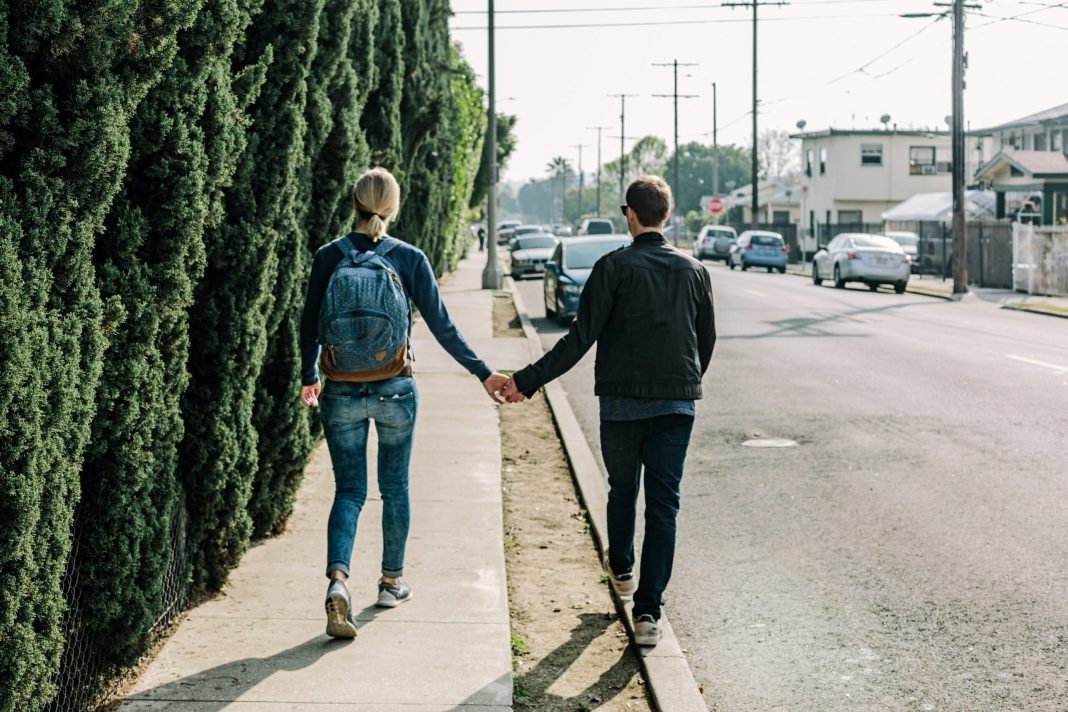 By SWNS Staff
NEWS COPY w/ VIDEO + INFOGRAPHIC
Forget the bus – if given the choice, more than half of all Americans would rather walk, new research suggests.

According to a poll of 2,002 adults, 54% would choose walking as their preferred mode of transportation whenever possible.
In fact, three in five said they’d be willing to walk a mile before seeking other methods of transportation.
Almost half (46%) are using a step counter to track their progress.

Respondents reported taking an average of 5,900 steps a day, but hope to almost double that amount in 2022 by adding 5,430 steps to their daily tally.
The poll, conducted by OnePoll on behalf of Superfeet, found that getting those extra steps in isn’t a walk in the park.
One third of respondents said they avoid walking due to chronic pain. While some attributed this pain to standing all day at work, another 31% blamed uncomfortable footwear.
But respondents are taking action against their foot pain, regardless of the cause. Almost three in 10 (29%) use foot bed or pads, 27% opt for insoles and 24% stick with orthotic devices.

Respondents also reported easing foot pain with over the counter oral pain medication (30%) and therapeutic socks 26%.
One third of respondents rack up the most steps per day by taking the stairs. In fact, two-thirds (67%) will climb between three and eight flights of stairs on any given day.
Meanwhile, others increase their step counts by multi-tasking or knocking out other daily chores; about one-third (34%) get steps by walking their dog and 36% do so by running errands.
But the majority (42%) accumulate their steps by exercising. Similarly, 44% of respondents choose to walk to get a quick workout in and burn some calories.
“If you are starting to incorporate walking as exercise, try easing in wearing a step counter and gradually increasing your steps each week,” says Matt Gooch, M.S., C.Ped, and V.P. of Product and Innovation at Superfeet. “Don’t wait for pain to slow you down; one of the most important things you can do from the beginning is make sure your footwear fits and functions properly. Many local retailers offer gait analysis and expert advice on footwear and insole fitting.”
And although 44% of respondents reported going on strolls to enjoy the weather, hot temperatures may be a strong deterrent, even more so than cold ones.
Two in five (41%) would avoid walking over other transportation methods during the summer, compared to 17% who said the same about walking during winter.
Speed might be another factor; almost four in five (78%) of respondents self-identified as fast walkers, and two-thirds said that they get frustrated when stuck behind slower walkers.
While they might be frustrated, they don’t show it — 67% of respondents will instead just follow the pace of the crowd around them.
Three-quarters (76%) admitted to walking faster when walking with family or friends.
“Data shows that scheduling walks with friends and agreeing on a regular walking time is a great way to keep yourself accountable. If you can’t get outdoors, head to your local mall,” said  Gooch. “Studies have found that mall walking is a safe, accessible, and affordable exercise environment. They provide a temperature-controlled environment with a flat, predictable surface and stairwells to increase intensity.”
TOP 5 WAYS PEOPLE ACQUIRE THEIR STEPS