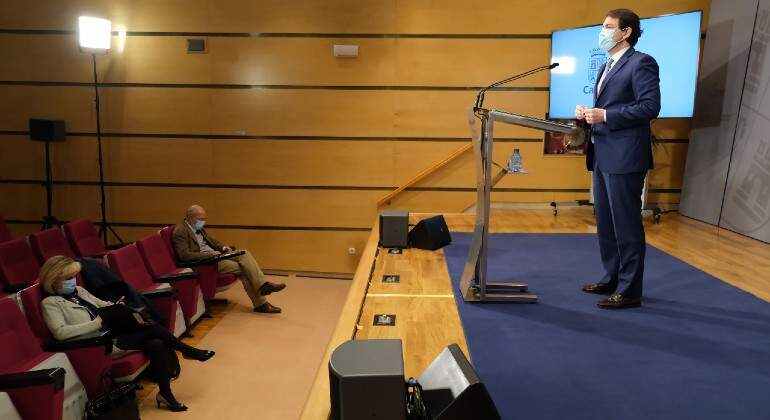 The president of the Junta de Castilla y León, Alfonso Fernández Mañueco, has remodeled his Government, from which the four councilors of Citizens come out, including the vice president and spokesman, Francisco Igea, and announced this Monday, December 20, the dissolution of the Cortes and has called early elections in the autonomous community for next February 13, Sunday.

In addition, and as reported by the Board through a statement, Mañueco has made a single appointment, that of the PP attorney Alejandro Vazquez Ramos, who will be the new Minister of Health of the Junta de Castilla y León , after the resignation of Verónica Married.

In accordance with article 37 of Organic Law 14/2007, of November 30, reforming the Statute of Autonomy of the Community of Castilla y León, the president signed this Monday the Decree of dissolution of the Cortes of Castilla y León with anticipation of the natural term of the legislature.

The dissolution has been formalized by Decree2 / 2021, of December 20, of the President of the Junta de Castilla y León, of early dissolution of the Cortes and of the convocation of elections. In said regulation, the date of the elections has been established on February 13 and the previous celebration of the electoral campaign of 15 days between January 28 and February 11.

Mañueco has announced the restructuring of the Government and the call through a tweet that has caught his vice president by surprise, who was interviewed on Onda Cero at the time.

The early calling of elections was one of the possibilities that took shape when PP and Cs lost the absolute majority after the PSOE’s motion of no confidence . In March, the Socialists had the possibility of presenting a new motion, which could have sufficient support after the process of disintegration of the orange formation.

Through the corresponding Agreements, the President of the Junta de Castilla y León has dismissed the four councilors of Citizens with whom PP had the governance agreement in Castilla y León. These are specifically the vice president, spokesperson and counselor for Transparency, Foreign Action and Land Management, Francisco Igea; the Minister of Employment and Industry, Ana Carlota Amigo; the Minister of Health, Verónica Casado, and the Minister of Culture and Tourism, Javier Ortega.

The rest of the powers of the unemployed will be assumed by other members of the Governing Council. The government spokesperson will be exercised by the Minister of Economy and Finance, Carlos Fernández Carriedo, who is also entrusted with the exercise of the functions attributed to the Ministry of Employment and Industry.

Both the Decree of the President of the early calling of elections, as well as the Agreements of dismissal of the Directors, as well as the attribution of the powers of the vacant Councils, will be published tomorrow in the Official Gazette of Castilla y León.

Mañueco had always linked the call for elections to the existence of political stability. He was currently negotiating the budgets for next year with Por Ávila , without having succeeded.

The Chairman of the Board has announced an appearance at 10:30 to explain the decision.