The Mercadona supermarket chain takes a new step in its strategy to reduce its environmental impact. Together with the suppliers Scania, Acotral, Frigicoll and ThermoKing , it has started a laboratory test in its logistics processes with the incorporation of a new 100% electric truck model to its fleet .

During the testing period, which will be carried out with a unit already incorporated into Acotral’s fleet, Mercadona plans to optimize the recharging processes, which will be carried out at one of the docks of its logistics block in Ciempozuelos (Madrid) in order to take advantage of to the maximum the rest times of the drivers and the schedules of load of merchandise.

The new vehicle does not emit Greenhouse Gas (GHG) emissions during transport, with the positive consequences that this has on the protection and conservation of the environment. In addition, this new engine contributes to improving air quality in cities, by also eliminating the gases most harmful to people’s health, such as those that generate particles smaller than 10 microns and Nitrogen Oxide (NOx) .

Equipped with a Scania 300 kWh engine, the new truck is multi-temperature, has an electric motor powered by lithium-ion batteries with a maximum autonomy of 220 km and a full recharge time of 230 kW in direct current of 90 minutes.

The vehicle is designed for urban areas, both for daytime and night-time unloading, the vehicle is a rigid truck with capacity for 21 pallets and a Maximum Authorized Mass of 26 tons. Its cold equipment, also 100% electric and connected to the same battery as the motor, is the ThermoKing Frigoblock version, which will also reduce the noise generated.

Mercadona emphasizes that this project will further reduce the impact of its activity in the different cities in which the company is present, and thus reinforce its commitment to the objectives of the European Green Pact and the Climate Change Law.

Also in home delivery
The company led by Juan Roig is also investing in alternative energies in the Home Service and Mercadona Online fleets, where Bifuel vans are being introduced and, in parallel, tests are being carried out with electric vans .

In addition, in Mercadona’s Logistics Blocks, important energy saving and efficiency improvements are being made, such as the introduction of Led lighting and the installation of photovoltaic solar panels in some of them, such as Villadangos and Vitoria-Gasteiz.

Mercadona has continued to review its logistics processes and introduce improvements that, as a whole, have made it possible to optimize the supply chain to make it increasingly sustainable. For this, it has incorporated solutions such as, for example, the use of less polluting fuels such as liquefied natural gas (LNG) or compressed natural gas (CNG), improvements in the gases used in vehicle refrigeration equipment, renovation from the fleet towards more advanced and efficient engine standards or last-mile deliveries in urban centers carried out by trucks with the most restrictive emission control regulations on the market.

In addition, it has continued to promote its Strategy of the Eight, with various combined initiatives that make it possible to improve the environmental performance of its fleet, such as the commitment to “Purchases on Docks”, which reduce the carbon footprint; the use of “Reverse Logistics” to optimize return routes; the use of a pool of reusable, easily repairable and recyclable containers or the promotion of the eco-design of containers and packaging to make the most of the cargo space and thus avoid “transporting air”.

Thanks to all these movements and to the constant and joint effort of its logistics department and the Totaler Suppliers with whom it collaborates, at the end of 2020 the company has certified significant progress, as reflected in these data: 99% of its fleet meets the Euro VIc and Euro VId standards, has 103 trucks powered by LNG and CNG, has implemented silent logistics in off-peak hours in more than 700 stores and has achieved a truck fill rate of 85%, despite the complexity of the logistical changes that had to be made in 2020 and 2021 due to the pandemic. 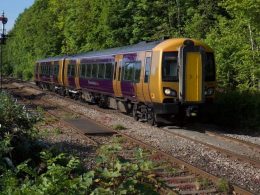 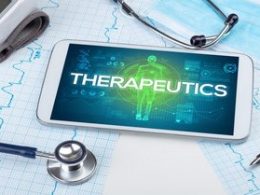 Changing medical protocols, need to curtail costs, evolution and widespread adoption of technology specifically in the areas of…
byAves Shaikh 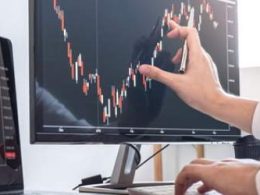 From Andbank, its chief economist Alex Fusté not think that 2022 will be a bad year for bag…
byPR News Editor 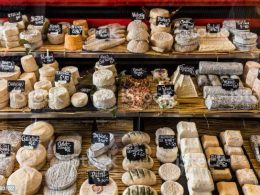 The French food delivery market is hugely lucrative, worth €180 billion and growing. Food makes up 20% of…
bystephenkelmed
2 shares
2
0
0