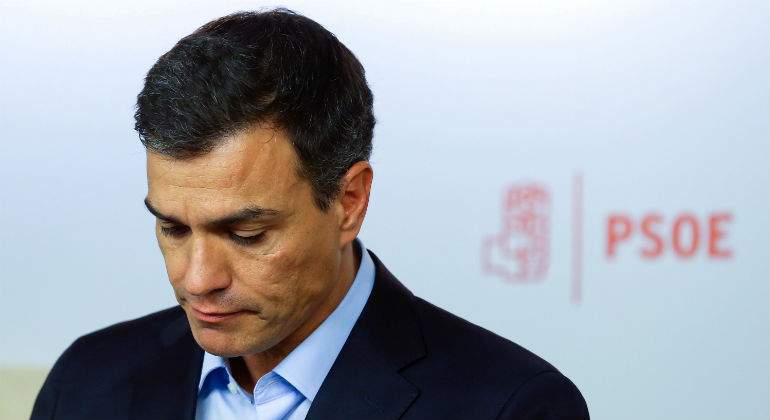 The President of the Government, Pedro Sánchez, justified this Saturday the agreement with the unions to increase the social contributions of workers by one tenth, noting that “with that minimum effort over the next 20 years we will guarantee the revaluation of pensions in accordance with the CPI and the sustainability of the public pension system “.

In his speech at the opening of the congress of the PSOE of the Canary Islands, Sánchez thus defended a pact from which the employer’s association was unmarked, criticizing that companies are going to have to contribute 0.5% more in their contributions per worker to Social Security ; The Chief Executive did not refer to that increase, but only to the less that employees will have to face: contribute between one and 2.5 euros per month, depending on their payroll.

What it did do was contrast this solution with the decrease in the amount of pensions that, according to its calculations, would have meant maintaining the so-called sustainability factor that linked said amount to the evolution of life expectancy. As he said, pensions would have dropped between two and three points per year for a total reduction of about 20 points at the end of working life.

“That was the conservative alternative: cutting and cutting”, countered Sánchez, for whom, as a general principle, there are only “two ways out of the crisis: with equity or without equity.” He repeated this contrast several times throughout his speech, referring to the economic aspect of the coronavirus crisis but also to the strictly health aspect.

On the latter, he acknowledged the rebound in incidence in recent days, which in any case found that “far below” what is happening in other European countries, but called for “trust in our own strategy”, because ” we know what the remedies are. ” And he specified: “mask and vaccination, this is how we are going to keep the virus at bay, to consolidate the spaces that we have recovered from the virus and how we are going to relaunch our economy and create jobs.”

The president defended that, to solve crises such as health, climate or migration, it will be necessary to strengthen the Welfare State, the common European project and international multilateralism.

On the climate issue, he warned that “we are going to have to make a total, resounding absolute revolution, if we want the planet not to derail”, and that “it will require public investment, but also the commitment of companies and private investment. “, and stressed the need for the ecological transition to be” fair “, so that no one sees it as” an open door to social and labor exclusion. ” Along these lines, he promised to employ “a perspective of social and territorial justice” in the ecological transition.

Social democracy
The president congratulated himself on the fact that, when these crises have accumulated, “fortunately the Socialist Party is ruling Spain”, and added that “the crisis has made us much more recognizable: we are the social democracy, democratic socialism, the progressive space of this country and we know perfectly well what we exist for “.

Enumerating the different measures approved by the Government during the coronavirus, that 89% of the population over 12 years of age is already vaccinated and that the level of employment prior to the 2008 financial crisis has recovered, he proudly declared: “We govern to the great social majorities “. And, as a new contrast, he asked “what interests does the PP defend” and “who is it representing.”

Sánchez continued the contrast with the PP, stating that “we can never again get out of a crisis by weakening the common heritage”, because the main challenge that Spain has to tackle is inequality. An inequality that he called to “make visible” and “talk about it”, because “it is what legitimizes the progressive and social democratic proposal that we have to reinforce the Welfare State.”

“That is what social democracy defines,” he added, assuring that it is “what citizens are asking of us, that we have a fair response to this crisis, radically opposite to the one posed by the neoliberals to the crisis in 2008.” For this reason, he ruled on the ideological mark that the PSOE has been highlighting from its Federal Congress: “Social democracy is not alive, it is more necessary than ever.”

Finally, the president wanted to thank the political groups that supported the extensions of the state of alarm, the social agents for their 12 agreements and the regional presidents for the “culture of co-governance.” This allowed him to repeat before his Canarian audience that the next Conference of Presidents will be held in early 2022 on La Palma.

Finally, Sánchez concluded by being proud to know that, in this crisis, “behind me was an entire political organization such as the Socialist Party (” the party that never fails Spain, “he would add) and the vast majority of society.”