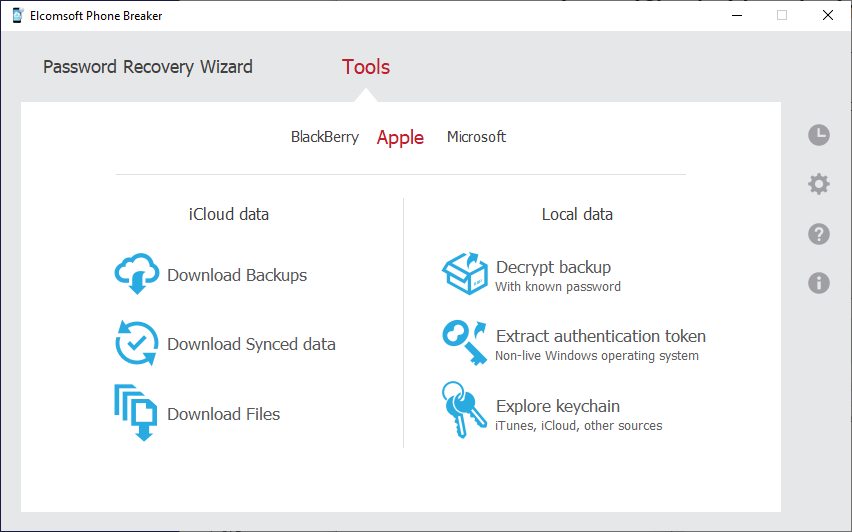 ElcomSoft Co. Ltd. releases a major update to Elcomsoft Phone Breaker, the company`s mobile forensic extraction tool, bringing its version number to 10.0. The new release brings the ability to download all types of data from the user`s iCloud account, including end-to-end encrypted information, without the login and password. A trusted iOS device can now be used to authenticate into iCloud.

Elcomsoft Phone Breaker 10 adds a new authentication method for facilitating iCloud extractions. Instead of using the login and password and solving the two-factor authentication challenge, forensic experts can now authenticate into iCloud with the user`s trusted iOS device. By using a trusted device, experts benefit from unrestricted access to all kinds of information stored in the user`s iCloud account including cloud backups produced by all Apple devices sharing the same Apple ID, photos, synchronized data, as well as end-to-end encrypted data such as the user`s passwords, browsing history, and health information.

In order to benefit from the new authentication method, experts must use the user`s iPhone or iPad that is signed in to their Apple ID at the time of extraction. The device must be unlocked and either jailbroken or running a version of iOS supported by Elcomsoft`s extraction agent, which is also provided as part of a package.

The new authentication method delivers the complete iCloud extraction experience, enabling experts to download iOS backups, photos, and synchronized data, including end-to-end encrypted categories. At this time, Elcomsoft Phone Breaker is the only third-party solution on the market allowing to access end-to-end encrypted data and iCloud backups saved by iPhone and iPad devices running any version of iOS. Pulling backups from the cloud is often the only means of accessing critical evidence that may no longer be present on the iPhone itself.

Elcomsoft Phone Breaker is an all-in-one mobile acquisition tool to extract information from a wide range of sources. Supporting offline and cloud backups created by a wide range of mobile devices, the tool can extract and decrypt user data including cached passwords and synced authentication credentials from local backups. Find more at https://www.elcomsoft.com/eppb.html .