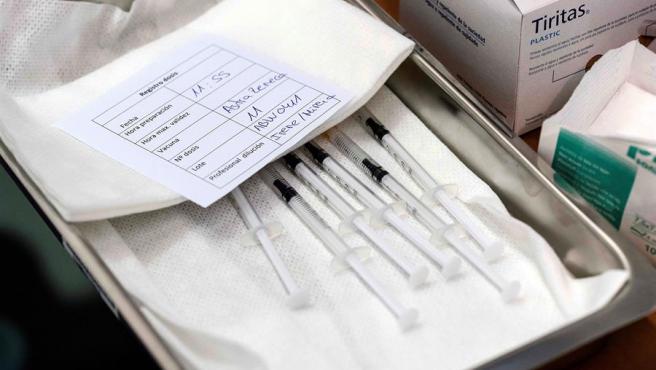 It cannot be said that the AstraZeneca brand has exactly good publicity despite being one of the very few pharmaceutical companies in the world that can boast of having a coronavirus vaccine that works.

So much so that in what some have seen as an attempt to facelift the Anglo- Swedish multinational recently changed the name of its vaccine to Vaxzevria , although the company defends that the move was planned and is a common procedure in the industry.

First , its lower efficacy in preventing disease compared to Pfizer and Moderna was called into question, then came the failure to deliver the committed doses, bitter disputes with the European Union, and an extremely rare but potentially serious side effect – thrombi – added one more stain to his reputation.

In young people, it is at least 14 times more likely to die if they contract Covid than from a thrombus that arose after being vaccinated. In those over 60 to 69, 7,645 times more.
Despite the fact that the European Medicines Agency (EMA) certifies that the vaccine is capable of reducing symptomatic cases of Covid by at least 60% and the company itself maintains that it prevents hospitalizations and deaths by 100%, regulatory swings have finished giving the lace.

The population is beginning to distrust this vaccine and proof of this is the latest data from Madrid and Andalusia. In the capital, the Madrid deputy minister of Public Health, the popular Antonio Zapatero, maintains that the rejection of this vaccine has gone from 2% to 60% and even reaches 70%, according to Efe.

For his part, the Andalusian Minister of Health, the also popular Jesús Aguirre, has placed the rejection of the AstraZeneca vaccine at 20% in his community.

The constant changes in the age groups vaccinated with this formula have not helped either.

The vaccine was approved at the end of January and first it was only given to those under 50. Then, after the first cases of thrombosis were reported, it was suspended for two weeks and when it was resumed on March 30, the age ceiling was extended to 65 Barely seven days later the Government and the communities turned it around and began to authorize it only to people over 65 years of age.

Only five cases of thrombosis in Spain
A dose of the vaccine against covid-19 from the Belgian laboratory Janssen, the European arm of the American multinational Johnson & Johnson.

EMA investigates possible links between Janssen’s Covid vaccine and four cases of thrombi
Precisely this Friday, the Spanish Agency for Medicines and Health Products (Aemps) has updated the data on the side effects caused by the Covid vaccines approved so far.

According to this body, only 0.18% of people who received an injection of AstraZeneca claimed to have felt some side effect, a percentage similar to that of Pfizer (0.175%) and lower than that of Moderna (0.3%). These were almost always mild reactions , mostly fevers, headaches, and myalgia (muscle pain).

Although it is true that so far no cases of thrombosis have been confirmed in the last two formulas, in the case of AstraZeneca, of the nearly one million doses administered until March 21 in Spain, only five cases of thrombosis had been registered. venous sinuses (0.0005% of those vaccinated) of which only one was fatal.

So far the EMA has barely detected 86 cases of thrombi (18 of them fatal) in 24 million people inoculated with AstraZeneca. With these data in hand, the probability that a young person between 15 and 29 years old will die after having contracted Covid is 14 times higher than that of dying from a thrombus after being vaccinated, judging by the fatality data in this group old in Spain. In people between 60 and 69 years old – the only ones who can now be vaccinated with this drug – this probability is 7,645 times higher.