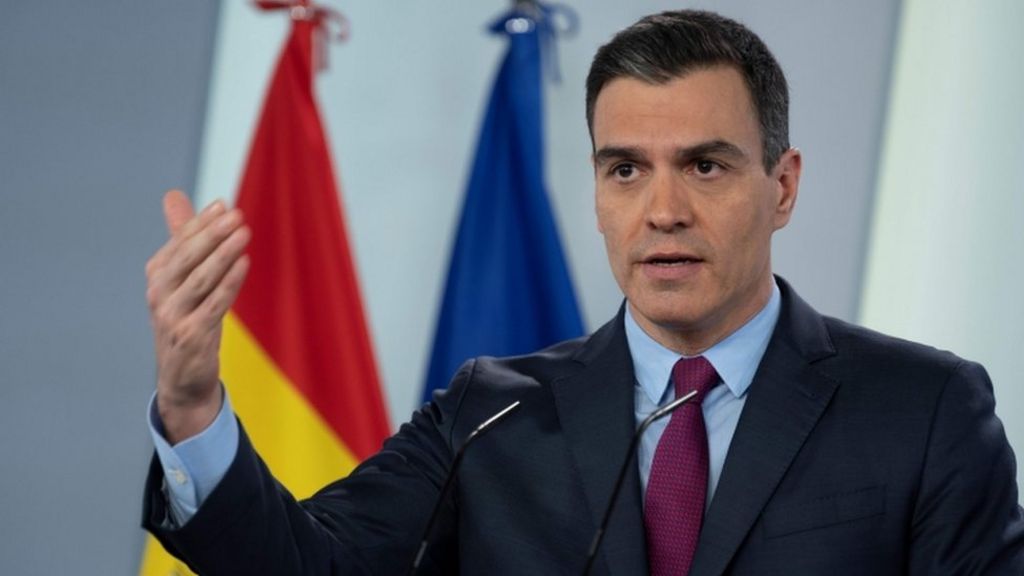 Injection of optimism by Moncloa in the face of doubts that arise in Europe due to the tortuous rate of vaccination of the EU compared to the United Kingdom or the United States.

The President of the Government, Pedro Sánchez , announced on Tuesday that the Executive’s vaccination plan contemplates that 25 million people in Spain will be vaccinated for the week of July 19. And, according to this plan, by the end of August 70% of the Spanish population (about 33 million people) would have received the full dose of the vaccine.

This was announced by Sánchez in an intervention this Tuesday in Moncloa after the Council of Ministers, in which he explained that, in the coming months, the rate of vaccination will increase at the rate of several million people per month.

“This is the most conservative planning ,” insisted the president, who estimated the doses that Spain already has contracted at 87 million “to receive between April and September.” This important number of vaccines, said the President of the Government, “will make it possible to ensure that any compatriot who wishes to do so will be able to be vaccinated in this period.”

And Sánchez insisted on several occasions that “all the vaccines” that are being administered in Spain are “safe” and are “approved” by the European Medicines Agency (EMA, for its acronym in English), despite the doubts that exist among some experts from the agency itself on the possible relationship between the Astrazeneca formula and cases of thrombi in a minority of people who have been inoculated.

The calendar announced by the Prime Minister includes several milestones. The closest will occur next week, when the Government estimates that there will be more people who have received the two doses of the vaccine than the total number of infected since the virus spread. And the next one will take place in a month, in the week of May 3, when the intention of the Executive is that the five million vaccinated in Spain have been reached .

Once that cruising speed is reached in the immunization rate, Sánchez pointed out that “in the first week of June” the estimate is that there will be “ten million Spaniards” who have already received all the doses of the vaccine. For the second week of June, the Government wants to give a new impetus to reach 15 million vaccinated .

And “in the week of July 19 we want 25 million vaccinated compatriots ,” explained the president, who was confident that 33 million Spaniards , 70% of the population, will be immunized “at the end of August “.

This increase in vaccination capacity is due, Sánchez said, to the greater flow of vaccine supply that the EU is going to receive – in Spain, the president specified, “between April and June we are going to receive 3.5 times more doses of vaccines than those received in the first trimester “- as well as the approval of new vaccines by the EMA.

“The Janssen vaccine”, which only requires a single dose for its administration, “we will begin to receive it on April 14, and before July we will have 5.7 million vaccines,” said Sánchez, who also recalled that the German CureVac formula is expected to be approved in the coming weeks.

“Vaccination is the best economic policy”
With his intervention, the leader wanted to send an optimistic message in the face of the doubts and setbacks that are affecting the vaccination process throughout the EU, which is being carried out at much slower speed than in the US or the United Kingdom.

“Since the vaccination process began 100 days ago, it has been done as doses became available”, and ” if there has been any delay it has been due to the delay in deliveries” by Astrazeneca, Sánchez denounced.

The president, however, insisted that “there is less left to definitively leave this stage behind” and called for caution until the end of the pandemic. “I understand the fatigue, the impatience, but I ask everyone to act with the utmost responsibility” because the end of the “nightmare” is near, he begged.

And with it, Sánchez said, there will be an economic recovery that is already beginning to be seen. “Vaccination is the most effective economic policy” , and both the employment data and the economic forecasts begin to reflect an improvement, he settled.

Dates of the vaccination schedule.Dates of the vaccination schedule.Carlos Gamez
Although he made constant calls for “unity” and praised the common action carried out by the EU countries during the pandemic, the President of the Government did not want to argue with the Community of Madrid after it became known this Tuesday that the Regional executive has explored the possibility of purchasing the Russian Sputnik vaccine on its own .

“The rate of vaccination in Spain is very positive in relation to the European context,” and Spain is in the top positions among the EU countries in percentage of vaccinated, Sánchez recalled. Sánchez also announced that he has no intention of asking Congress for a new extension of the state of alarm when the current one expires on May 9.

“I want to value the co-governance and codecision system that we have structured,” said the president, who stated that “the objective of the Government is that it is not necessary to further extend the state of alarm and continue with this system of co-governance to continue responding to any regrowth “and to coordinate the” vaccination process “.