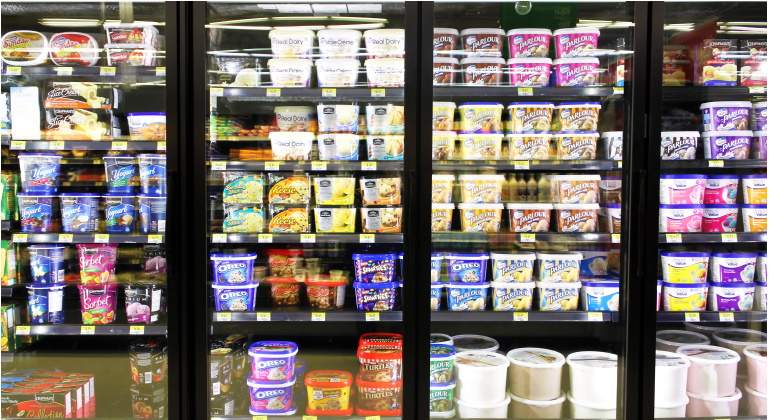 The presence of ethylene oxide in several ice creams from the Nestlé or Mars brands is the tip of the iceberg in a series of food alerts that have jumped in recent months. However, in the case of ice cream it should be remembered that its intake is not harmful to health .

The Ainia technology center, the first Spanish laboratory accredited for ethylene oxide analysis, has explained in a statement that at the end of last year the presence of very high levels of oxide was notified through the Rapid Alert System for Food and Feed (RASFF). of ethylene in certain batches of sesame seeds originating in or coming from India, which had been introduced into the European Union.

These levels were more than 1,000 times higher than the established maximum residue limit (MRL) of 0.05 mg / kg of ethylene oxide. The Commission’s response was not long and controls were increased.

Thus, so far this year, more than 165 notifications have been made to RASFF due to the presence of this compound in different products . In addition, in recent weeks ethylene oxide has been detected in ice creams that have had to be withdrawn from the market.

For Ainia’s head of food safety, Roberto Ortuño, “ethylene oxide is classified as a category 1B mutagen, a category 1B carcinogen and a category 1B toxic for reproduction, therefore it poses a health risk “. Likewise, the use of ethylene oxide as an active substance in plant protection products in the EU is not approved, but it is used in third countries.

It shows positive in other products and origins
In addition to existing in numerous processed products that contain or may contain sesame, such as seed mixtures, cereal bars, tofu, cookies, bread with seeds, pastries, sesame oil, tahini or hummus, positive samples of ethylene oxide have begun to appear. in many other products such as ginger, onion powder, coffee, coriander, guar gum, durum wheat, pepper, celery, turmeric, amaranth, plantain or spirulina powder. Its origin is not limited to India and reaches other third countries such as the Dominican Republic, Uganda, Turkey, Ethiopia or the United Kingdom.

“It is clear that it is not an isolated problem of a certain product and origin, the use of ethylene oxide as a pesticide in third countries where its use is not prohibited, is causing food or ingredients with residues to enter the European space of this product well above the maximum limits allowed in the European Union “, has pointed out Roberto Ortuño.

In addition, remember that third countries have their own legislation, which does not have to be harmonized with European legislation, so border controls and self-control systems of industries are those that guarantee that products do not contain waste by above the MRLs established in our legislation.