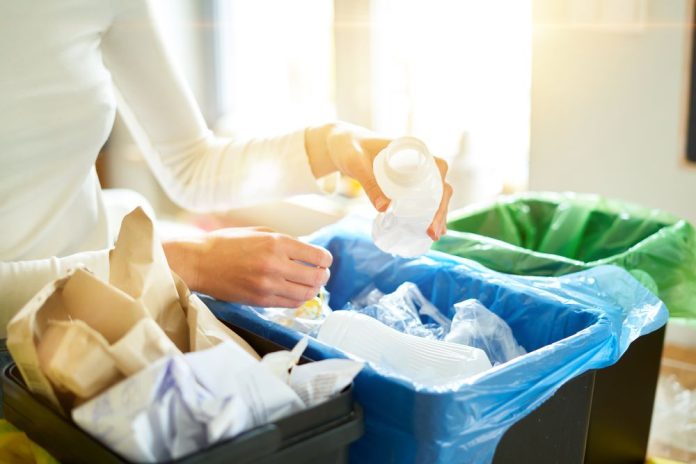 Research found a third of consumers (34 per cent) believe recycling is unnecessarily complicated and 16 per cent don’t recycle at all.
Using bags for life, walking more and using a refillable cup were identified as being the easiest habits those looking to live a greener lifestyle currently adopt.
Global standards organisation, GS1 UK commissioned the study ahead of the implementation of deposit return schemes (DRS) across the UK, which will see consumers charged a mandatory deposit on certain recyclable products.
To reclaim their deposit, shoppers are then required to return the items to collection points for recycling.
These schemes could hit consumers’ wallets as early as next year – but despite this, the GS1 UK research carried out through OnePoll found only 42 per cent had both heard of them and understood how they work.
A further 32 per cent had heard of deposit return schemes but had no idea what they actually were, while a quarter (26 per cent) had no knowledge of deposit return schemes whatsoever.
Anne Godfrey, chief executive of GS1 UK, said: “A successful scheme relies on the public wanting to get involved.
“The introduction of deposit return schemes will bring added cost and complexity for consumers.
“Our research demonstrates that simplicity is essential for getting the public to recycle and, therefore, must be at the heart of any successful scheme.”
Deposit schemes set to decrease plastic
When how a potential scheme could work was explained, 60 per cent of consumers polled said being able to reclaim a deposit would make them more likely to buy products included in the schemes.
And 57 per cent would do a lot more recycling if it meant they wouldn’t be left out of pocket.
More than a third (37 per cent) agree more needs to be done to educate people on the importance of recycling.
And 33 per cent believe there should be more support to encourage people to do so.
Simplicity was key for 45 per cent, when asked about redesigning the recycling system, along with increasing the volume of curb side waste picked up (38 per cent).
GS1 UK’s additional research of business owners has also revealed consumers could be in for a double price hike on items included in the schemes.
A third (33 per cent) of businesses surveyed said they will raise the recommended retail price (RRP) of products to account for added operational costs and complexities.
More concerning however, was the 38 per cent that were not aware of the proposed scheme at all.
Anne Godfrey added: “There’s no doubt that the introduction of deposit return schemes is a positive step forward, but the needs of consumers need to be carefully factored into their design if they are to have a meaningful impact on recycling.
“The research has shown that simplicity is key; and that a little incentive can go a long way to encourage people to do the right thing and recycle more.
“We have a limited window of opportunity to help the industry solve this conundrum. In the meantime, much more needs to be done to inform consumers and change their behaviour.
“Only through this level of focus and collaboration will any scheme stand a chance of being successful.”