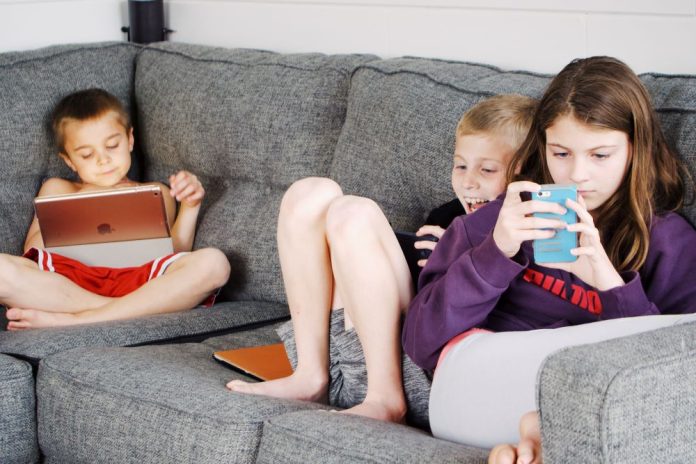 Dennis Menace is finally going to get his first mobile phone in a new comic strip highlighting the dangers of the internet.
After gleefully receiving his new device from a phone store, he is shown getting up to the kind of shenanigans and mischief Beano readers have come to expect.
Prank calls, uploading a video of his cousin Minnie the Minx without her consent and downloading age inappropriate apps are among his antics.
But it emerges he may not be clued up on the online dangers he could face.
The special edition of the comic – a collaboration between the Beano and EE – has been launched after a poll of 1,000 parents with children aged eight to 16 found six in 10 fear their kids don’t know how to protect themselves from online dangers.
Sharing their location with strangers, being cyber-bullied and inadvertently sharing personal details that could lead to fraud are all things parents think their children might do without realising the consequences.
And while 46 per cent of mums and dads try to educate their offspring as much as possible, a quarter are either unsure or definitely don’t know enough about online safety either.
Just 35 per cent of parents check their child’s phone on a weekly basis to ensure they are being safe online.
While 57 per cent admitted they avoid looking at their child’s social media profiles because they’re worried about what they’re getting up to.

The ‘Smartphone Licence’
On top of this, 38 per cent of parents whose children have a phone think their child knows more about using the tech than they do.
Parental controls (46 per cent), two-factor authentication (37 per cent) and antivirus software (28 per cent) are all security measures some parents are putting in place to try and protect their children online.
Parents believe 32 per cent of their child’s life is conducted online and 66 per cent think online safety should be a more prominent part of the school curriculum.
Of those who took part in the survey by OnePoll, more than half (52 per cent) don’t think they would be able to survive the online world as a child of today.
To address this, EE have created the ‘PhoneSmart Licence’ – an online course educating children from all mobile network providers on how to stay safe and be kind online.
It was created in partnership with experts from Internet Matters with the aim of giving parents ‘additional peace of mind as their children enter the online world.’
Mat Sears, director of corporate affairs, Consumer Division, said: “As a lifelong Beano fan it’s a real joy to see characters I’ve loved grapple with the same challenges every parent faces when their kids explore the online world.
“From learning who to trust online, through to which apps and games are safer to use – our comic strips provide parents and kids alike a fun and engaging way to learn how to safely use their phones.”