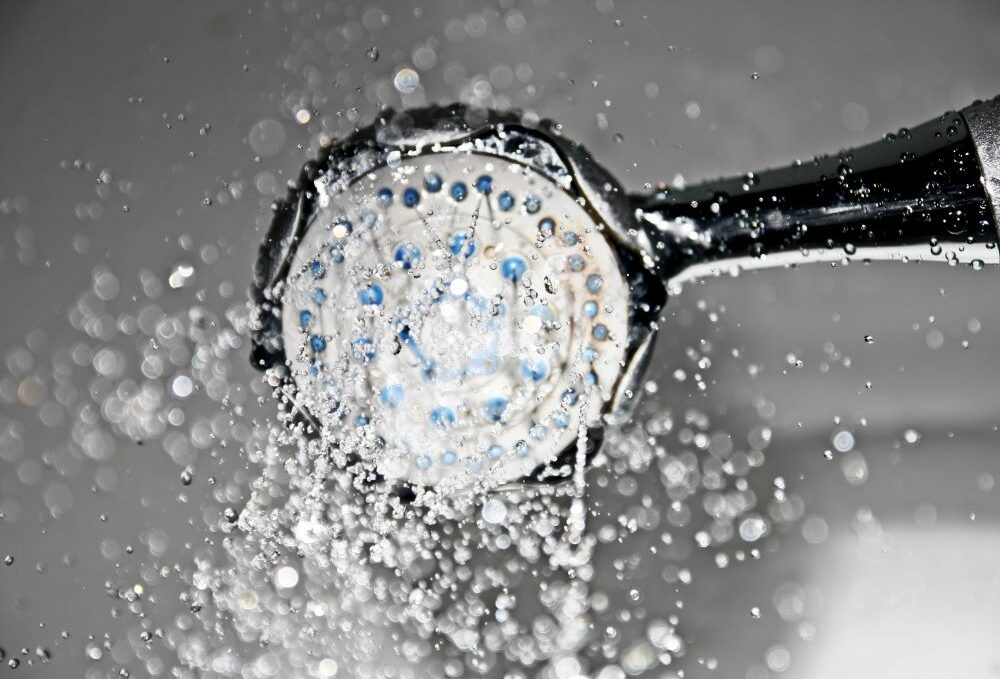 British households have reduced their energy spend by an average of £22 a month by making simple changes since the price cap rise in April, such as leaving hair to dry naturally, switching devices off at the socket – and limiting use of the tumble dryer.
A study of 5,000 adults found 28 per cent say this is the first summer they’ve made attempts to reduce their energy use.
These attempts include turning unused lights off (49 per cent), switching devices off at the socket (39 per cent) and disconnecting phone chargers at the mains (37 per cent).
As well as hanging washing outside as opposed to using a dryer (38 per cent) and letting their hair dry naturally instead of using a hairdryer (26 per cent).
For those who have adjusted their energy habits for summer, bills have been reduced by an average of £22.09 a month.
And of those surveyed who have seen a reduction in their bills, the number of people with a smart meter was 23 per cent higher than those without one installed.
The monthly financial saving over the course of the year would amount to almost £270.
The research was commissioned by Smart Energy GB, to inform its Super Smart Energy Savers Report, which is co-authored with consumer advocates Dominic Littlewood, Helen Skelton and MoneyMagpie.

Energy conscious
TV presenter Dominic Littlewood and Smart Energy GB have also launched a new online mini-series, What’s Watt, tracking three families across the UK as they take steps to reduce their energy use.
Dominic Littlewood said: “Visiting homes across Great Britain was an eye opener.
“It’s clear that people have become more energy conscious – even though sometimes it’s one member of the household leading the change.
“Whilst many people are taking lots of positive steps to manage their energy use, by working directly with families we found we were able to identify more simple steps they could take, such as getting a smart meter to monitor their energy use.
“My new content series, What’s Watt, and the Super Smart Energy Savers Report provide energy saving tips and information you may not have seen before, so you’ll have more tricks up your sleeve when it comes to taking control of household budgets.”
The study also found 28 per cent of households use fans to cool off during the warmer months, with nearly one in five (17 per cent) leaving them on all night, according to the OnePoll figures.
Stay in control
Charlene Lijertwood, who was visited by Dom Littlewood as part of his What’s Watt series, said: “We’ve been making a lot of changes around the home to try and reduce our energy bills.
“And with bills increasing as much as they have, my husband and I have also taken on extra work to increase our income.
“We considered ourselves to be on top of it but speaking to Dom has shown us ways to save energy we wouldn’t have considered otherwise.
“We’d already got our smart meter and it’s been useful to have bills automatically sent to our energy supplier, while having an idea of how much energy we’re using each day by monitoring our in-home display.”
Victoria Bacon, director at Smart Energy GB, added: “The summer is traditionally a time that energy use and bills are pushed to the back of our minds, but the energy price cap increase has changed that.
“It’s encouraging to see that during the cost-of-living crisis, households are making positive changes to take back control of their energy use and household budgets.
“With another price cap rise in October, instilling these habits during the warmer months will have a positive impact on energy bills as usage starts to rise again in winter.
“Understanding your energy use can have a big impact on your bills – shown by how much more those with smart meters are reducing their energy bills compared to those without.
“You can’t change what you can’t see, so using a smart meter’s in-home display to monitor energy use in near real time helps you stay in control.”
Advice from the Super Smart Energy Savers Report
Get the most out of your fans
Choosing the right fan is key to staying cool and in control of your energy bills. The way you use your fan is important too, for example, some have timers that enable you to save energy when you’re asleep; or placing a bowl of ice in front of your fan will lower the temperature of the air circulating in the room and cool you down quicker.
Defrost the freezer
The more that ice builds up, the more energy a freezer needs to use to maintain its temperature. This can be significant as fridges and freezers account for 13 per cent of the average family’s energy bills.
Get a smart meter
If you’re trying to reduce your energy use to keep bills down, knowing how much you are using – and what you’re spending – can be a huge help. As can knowing what the bill will be before it arrives. They are available at no extra cost from your energy supplier.
Switch to a summer routine
Using a tumble dryer three times a week costs approximately £223 a year, so think about drying washing outside if you’re able to in the summer as it will dry much quicker and cost less than using a tumble-dryer.
Keep an eye on refrigerator seals
The seals around a refrigerator are the barrier between warm air outside and cool air inside. Any break in this seal will mean warm air gets into the refrigerator, so it’ll have to work harder to maintain the set temperature. Check your seals and replace them if you notice any cracks or splits.
Install a water efficient shower head
Around a fifth of the average household’s heating bills are spent on heating water, so an efficient shower head can reduce the water used and therefore energy used to heat it.
Top 10 most common things Brits have done to reduce their energy usage this summer