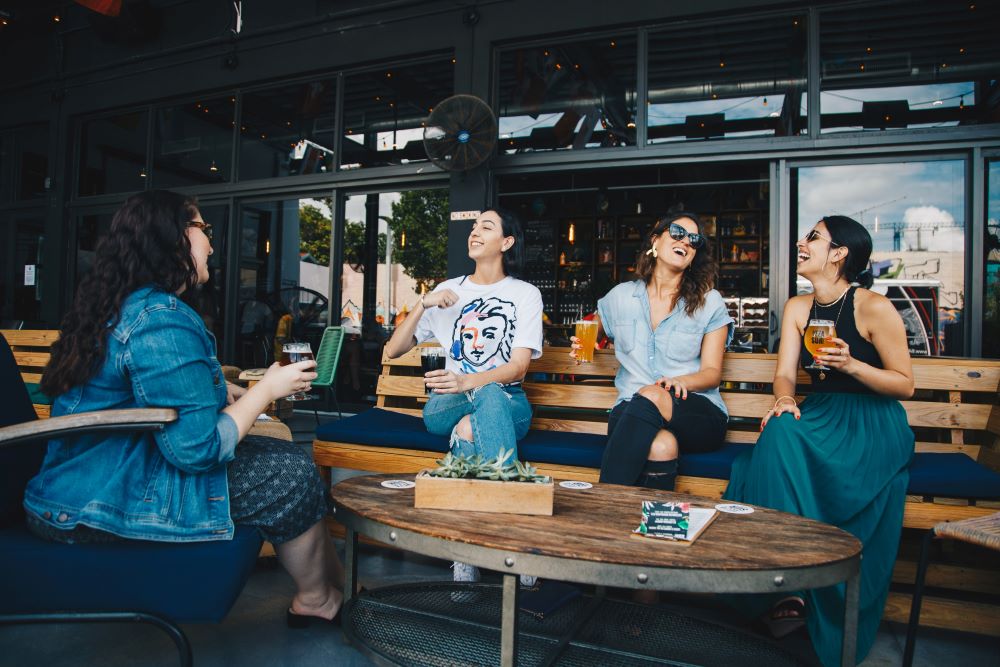 ‘Table talk’ discussions are focusing on the environment more than ever before – with the likes of climate change, recycling and energy efficiency being hot topics.
A study of 2,000 adults revealed 27 per cent will chat about sustainability above any other subjects including football, films, and what’s happening on Love Island.
However, 37 per cent admitted even though they frequently discuss these issues at the dinner table, they are still unclear as to what it all means when it comes to the climate crisis.
As a result, six in 10 will just ‘nod along’ to feel part of the conversation, and 42 per cent have turned to Google to help give them clarity on things like ‘circular economy’ and ‘weather destabilisation’.
Hayley Lloyd House, head of sustainability at BUXTON, which commissioned the research to reveal how the people are engaging with the circularity of plastic packaging, said: “The dinner table is a great place to gather with friends and family and discuss, not only what really matters, but also how we move from words to action.
“Often, topics like current affairs and the environment are said to be best avoided when we come together for meals, that’s not so much the case anymore.
“Of course, there’s still plenty of room for discussion about more light-hearted things such as holidays or sports, but our research shows people are more engaged with issues affecting the future of our planet than ever before.”
The best way to learn
The study also found two thirds of respondents believe it’s important to have open and honest discussions about important matters, according to the OnePoll figures.
But a quarter admitted they often struggle to follow a conversation and its subject matter if it’s about something complex like an environmental issue or climate change.
And 51 per cent will try and subtly steer a topic they feel is beyond them, into a conversation with which they’re more ‘au fait’.
The confusion in conversation extends to taking action as well.
Despite 48 per cent believing that chatting about recycling and buying recycled products is more common now than a decade ago, 31 per cent are still unsure what they can and can’t recycle.
Hayley Lloyd House, from BUXTON, which says it’s full range of bottles, other than caps and labels, is now made from recycled PET plastic (rPET) while remaining recyclable, added: “Not knowing a lot about a subject is nothing to be worried or ashamed about.
“Being open and up front when you’re not well versed in something is the best way to learn, especially if you’re talking to someone who does know a lot about the topic.
“And the more conversation we have about the environment and the ways we can help protect it for future generations, the more everyone can make more informed choices.”
The top 40 British conversation topics