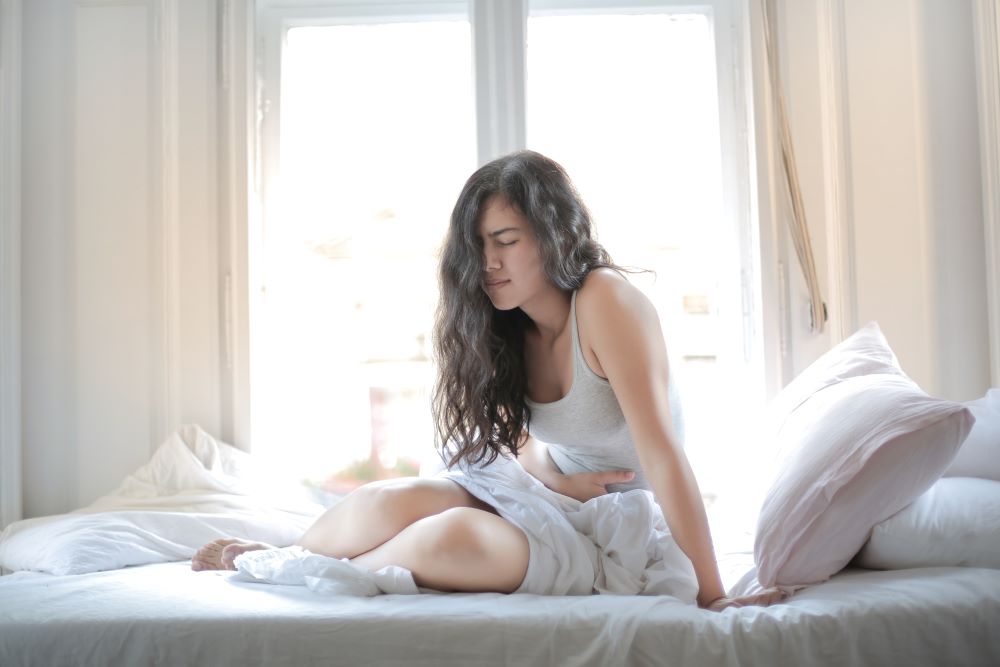 The study of 2,000 women found 49 per cent put this down to not being listened to by medical professionals, and 22 per cent blame their gender.
While 23 per cent suspect they received a wrong diagnosis due to a lack of female medical research, a concern echoed by best-selling author and podcaster Emma Gannon.
She said: “Medical research focusing mainly on men is damaging women’s health, resulting in misdiagnoses and potentially threatening lives.
“There is simply not enough data or research available still, which is causing women to not feel understood and heard in the context of their bodies.
“Most doctors really do work hard to help as much as they can, but the data and knowledge hasn’t caught up yet and this gender data gap is at the root of systemic discrimination against women.”
A wide gap in knowledge
The research was commissioned by digital healthcare platform Livi, which teamed up with Emma Gannon to release a free eBook, ‘Miss Diagnosed: the health handbook every woman (and man) should read’.
This also found of the women who believe they have been misdiagnosed, nearly one in three (29 per cent) still don’t think they’ve received the correct diagnosis.
And, alarmingly, for more than a quarter (26 per cent) these were life altering or threatening conditions.
Dr Bryony Henderson, the lead GP for the service, said: “Despite our differences in physiology and genetic make-up, collective research suggests there is still a wide gap in knowledge on how medical conditions affect men and women differently.
“And this lack of education can result in women receiving poorer medical advice.
“Until about 25 years ago, almost all medical research was carried out exclusively on men, and so we still have a lot of catching up to do.
“Digital healthcare has a huge role to play in closing the gender health gap, which is why we have used our knowledge to create a free eBook as a resource to help towards doing so.”
The health handbook for all
The research also revealed the extent of the impact of a misdiagnosis – with 42 per cent saying their mental health was impacted as a result.
While more than third (34 per cent) claimed it was damaging to their relationships with partners, friends or family – and 18 per cent believe their misdiagnoses was detrimental to their sex life.
What’s more, 28 per cent of women don’t believe doctors are properly trained in all aspects of women’s health.
The study by Livi found the biggest health concerns for women included mental health, menopause and menstruation – while many are also concerned about pregnancy and infertility.
Dr Bryony Henderson, who is also part of the programme offering training to more than 10,000 doctors, added: “In response to these findings we are strengthening our commitment to providing specialist women’s health training.
“This will cover themes such as menstruation and menopause, not only to our own GPs, but to thousands more doctors across the UK.”
The free eBook ‘Miss Diagnosed: the health handbook every woman (and man) should read’ is available to download from here.