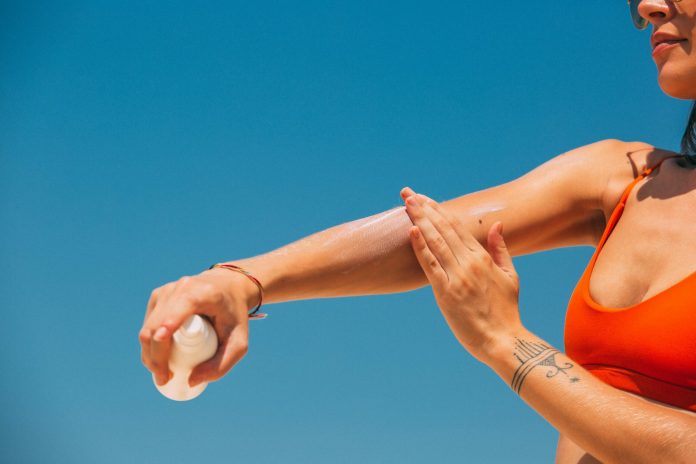 By Livy Beaner // SWNS
NEWS COPY w/ VIDEO + INFOGRAPHIC
It’s not piling on the layers during the winter that eats up time — almost half of Americans admit their morning routine takes the longest during the summer.
That’s according to a new poll of 2,000 adults, which revealed 49% feel their morning routine is most prolonged during the summer.
Furthermore, 56% also cited summer as the season in which they make the most adjustments to their daily routine.
Routines are most commonly adjusted by switching to breathable, light clothing (41%), spending more time outdoors (39%) and eating more ice cream (36%).
In fact, about two-thirds (65%) of respondents admit they are happier when they can enjoy their favorite desserts and snacks more often.
Conducted by OnePoll on behalf of Enlightened, the survey also showed that summer doesn’t just impact routine times — it impacts self-care.

During the summer months, 42% care for themselves by applying sunscreen and moisturizer, and 41% indulge in summer treats, such as ice cream and popsicles.
In fact, 59% of respondents look for ways to treat themselves every day by enjoying their favorite dessert or snack (52%), doing nothing (44%) and spending time alone (44%).
Though, more than half (54%) of those polled find that it is more difficult to treat themselves over the summer, with about one-third (34%) feeling like they usually don’t have time for it, and 40% being deterred by the sugar content in their favorite treats.
But the top treat for 52% of respondents is their favorite dessert or snack.
“It can be easy to get caught up in the routine of everyday life, but even the most mundane days should have a special treat. That could be as simple as indulging in some ‘me time’ with your favorite pint of ice cream,” said Enlightened founder and CEO Michael Shoretz.
And respondents will go to great lengths to protect their treat, with 36% admitting they’ve hidden snacks from other members of their household or guests.
Other ways respondents indulge in me-time include watching TV (42%), listening to music (41%) and drinking their favorite beverage (37%).
“Results found that 63% of people want to treat themselves more than they actually do. Finding the perfect way and time to treat yourself shouldn’t have to be a compromise, Shoretz said. “We believe that you don’t have to choose between having a delicious treat and good nutrition.”

FORMS OF SELF CARE

Spending time with family and friends – 44%
Applying moisturizer or sunscreen – 42%
Drinking cold beverages – 41%
Eating summer treats (ice cream, popsicles) – 41%
Sitting by the beach or by the pool – 39%
Spending time in the air conditioning – 38%