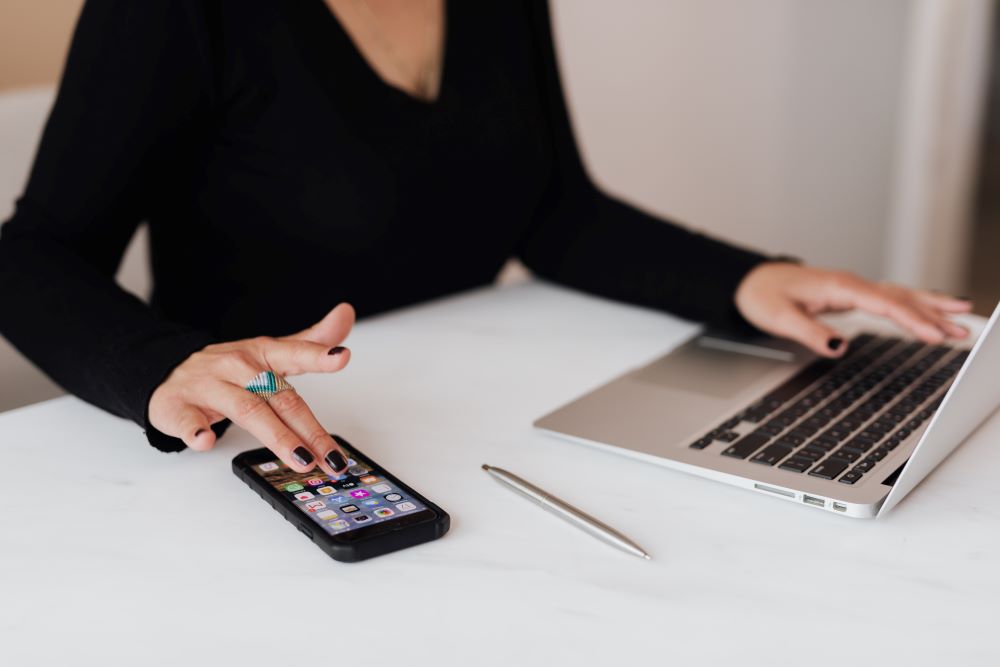 Millions of Brits would be embarrassed if others saw their internet search history – for fear of looking silly, stupid or naughty.
A study of 2,000 adults found 17 per cent would feel ashamed if friends and family knew what they looked up online, with 40 per cent of these worrying about sharing the daft thoughts they have.
A further four in 10 don’t want others to see their inappropriate history, while 37 per cent say it reveals a side of them they don’t want to share.
Others would be left red-faced if people knew of their mental health struggles (26 per cent), their lack of knowledge (25 per cent) or their physical problems (15 per cent).
Exactly half of those who don’t want to share their internet habits would be most shy of showing their parents.
Treating the internet with care
A spokesperson for ExpressVPN, which commissioned the research, said: “The internet has become our best friend, but it’s important that we treat it with care.
“Our research shows a large part of the country is more open with the internet than they are their own family, for one reason or the other.
“People deserve privacy online, including from snooping corporations, and so shouldn’t have to deal with the worry of having their search history exposed.”
While parents ranked as the people Brits would be most embarrassed about seeing their unfiltered search history, partners followed closely behind for 40 per cent.

The research, carried out by OnePoll.com, revealed 38 per cent would be most embarrassed if their friends saw what they had searched for online.
Meanwhile, colleagues followed behind on 20 per cent.
Among the most common topics the nation would rather search for, as opposed to asking their friends or family, include finding out the meaning of certain words or wanting to know weight or height conversions (30 per cent respectively).
While a fifth would rather turn to the internet for recipes (22 per cent).
But the nation still values advice from friends and family when it comes to relationships, as only one in 50 look online over asking their nearest and dearest.
And just one in 10 will search for advice about sex, while a mere five per cent will research how to date.
VPN increases privacy levels
The main reasons cited for choosing the digital sphere over loved ones include how quick it is to search online (57 per cent), having confidence in getting the right answer (41 per cent) and the internet knowing more than friends or family (39 per cent).
A spokesperson for ExpressVPN added: “Every day, millions of internet users are giving big companies the ability to look at what they’re doing online – and they don’t even know it.
“Using a VPN can be a useful tool to ensure companies can’t see, log, or sell records of your activity online, such as what websites you are connecting to or apps you are using.
“By taking control of what we let others see about our online behaviour, users are taking power back into their own hands, quickly and effectively.”
Topics Brits search for online
1)            Finding out the weather
2)            Looking for directions
3)            Finding out the meaning of certain words
4)            Weight or height conversions e.g. centimetres to feet, kilograms into stones
5)            How to make a certain meal or drink
6)            Diagnosing a physical illness
7)            Tips about finance
8)            Where to go on holiday
9)            Cures for a physical condition
10)          To find out when a film starts at the cinema
11)          Best places to eat
12)          To find out when public holidays are
13)          To find out how old celebrities are
14)          To find out what time a sporting event begins
15)          To find out what time it is in other countries
16)          Questions about politics
17)          Asking about sex advice
18)          Cures for a mental condition
19)          Best places to drink
20)          Diagnosing a mental illness