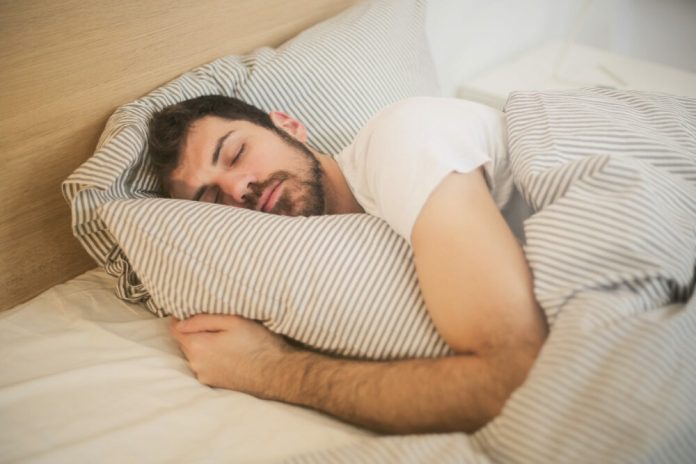 However, despite this somewhat reasonable bedtime, four in 10 describe themselves as a bad sleeper, while 60 per cent reckon their bedtime routine could be better.

Waking in the night, tossing and turning while asleep and thinking about lots of things prevent people from feeling well rested come morning time.

But only 24 per cent sleep more soundly when tucking themselves in earlier in the evening.

A spokesperson for furniture retailer, DFS, which commissioned the survey, said: “Our study has shown how the actual time we go to bed can have a real impact on our sleeping routine as a whole.

“The hours of sleep we get is of course important, but the way we prepare ourselves and get ‘into the zone’ of sleep is also vital.”

“That’s why it’s important to focus on habits that will support quality sleep.”

The study found three in 10 adults can’t go to bed any earlier than 10pm, while 54 per cent need it to be completely dark outside before calling it a night – a more difficult feat in the summer months.

And the typical morning wake-up time for Brits is 6:42am, but many still reckon they get less than five hours of ‘quality’ sleep a night.

In a bid to get better sleep, 27 per cent need to make sure all the doors are locked before they turn in for the evening.
Creating the right environment

While 20 per cent need to ensure the room is the right temperature, and a third can’t get to sleep unless they’ve got that freshly brushed teeth feeling.

Putting on hand cream, getting prepped for the following morning and tying up their hair or getting it out of the way were also among the top 20 things Brits need to do before they go to bed to sleep well.

Complete silence will at least help 54 per cent to get some rest, whereas a quarter like to listen to something to help them drift off.

TV shows or films playing in the background proved to be the most popular tool for lulling adults off to sleep, followed by nature sounds and music.

The study, conducted via OnePoll, found just 32 per cent would refer to themselves as a ‘good sleeper’.

Falling asleep quickly, being disturbed by little in the night and feeling well rested in the morning were among the tops signs someone is a better sleeper than others.

“Focus on creating a pitch-black bedroom and avoid blue light from screens one hour before bed.

“Also ensure you get natural light during the day. If sunlight reaches your eyes in the morning, it sets your biological clock and triggers the timing of the hormones cortisol and melatonin, which affect sleep.”

A spokesman for DFS added: “We all need sleep – some more than others – but we all still need quality sleep.

“We want to encourage the nation to get into better sleeping habits, and this doesn’t have to mean making major changes.