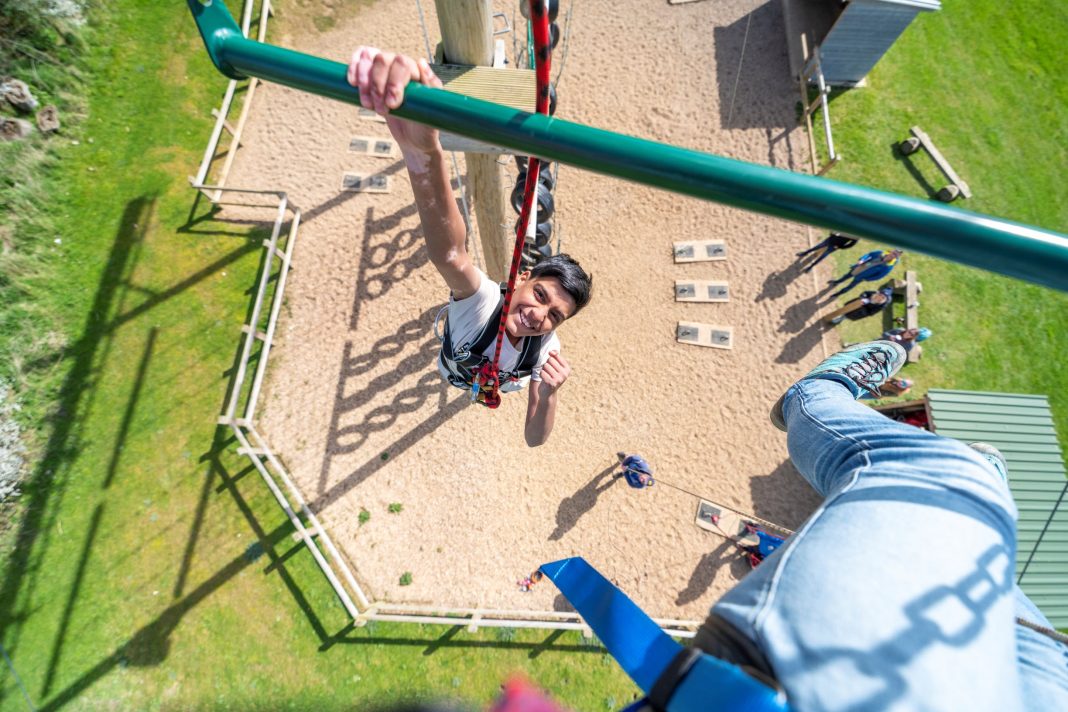 Are you a pushy parent who is always telling your children no? Or are you a free spirit who will always say yes to their kids, no matter what?
This calculator reveals just how many times you will tell your kids yes and no before they turn 16 – and how you stack up against other parents.
Whether you let your kids stay up past their bedtime or if it’s strictly no sweet treats, it will reveal whether you’re the fun mum or overbearing dad.
The tool was developed after research found parents say ‘no’ to their children 8,395 times a year – with staying up late, having sweets before bed and buying something when shopping likely to get the negative response.
A survey of 2,000 parents of children aged one to 16-years-old, revealed they reject their kids’ questions and queries an average of 23 times a day.
But dads are more likely to tell their children both yes and no compared to mums, according to research commissioned by kids’ camp and family adventure holiday provider PGL.
Nearly two thirds (64 per cent) repeatedly say no to their child for the same request, over and over again.
Of those who felt they say no too often, 54 per cent said they did it to help them understand they can’t get everything.
While 37 per cent don’t want their kids to be spoilt, and 34 per cent do it to protect their kids.
The most common things they are told no for includes staying up past bedtime (29 per cent), sweets before bed (29 per cent) and buying something every time the family is out shopping (26 per cent).

Saying yes is easier
However, it emerged parents will say yes more often than no, a total of around 8,800 times a year.
The top reason for saying yes was that it is the easiest option (42 per cent), but 32 per cent want to let their child feel in control of their own decisions.
And a fifth have tried to raise their child in an environment where they are never told no, and always answered in a positive manner.
Parenting expert Anita Cleare, author of The Work/Parent Switch and Positive Parenting Project, said: “It’s natural for parents to want to protect our children and smooth the obstacles in their paths.
“However, facing challenges and trying something new is really important for building children’s self-esteem and resilience.
“Children need opportunities to stretch themselves and take on challenges in safe and secure environments.
“By letting children take on a challenging activity, we send them the signal that we believe in them – and that, yes, they can do it.”
Struggling to say no
The study also found the things parents have a hard time saying no to, including snacks between meals (12 per cent), sleeping in bed with mum and dad (11 per cent) and putting off their homework until later (eight per cent).
But 71 per cent of parents polled by OnePoll believe kids who are always told yes will end up spoiled, with the age of three deemed the most difficult age to get kids to accept a no.
And 32 per cent have a ‘good cop, bad cop’ approach to parenting with their partner – where one is strict, and the other is more relaxed.
Age also made a difference, with 38 per cent of parents of children aged eight to 16 believing they say yes to their child too often, compared to 31 per cent of those with children aged seven and under.
Anita Cleare added: “Saying no is an important way to help children learn boundaries and to realise they can’t always have everything they want, and keeping children safe is high on a parents’ agenda.
“Becoming resilient and believing in yourself requires children to take some risks in childhood.
“This might be just a safe risk in play – like seeing how high you can go on the swings – or learning to do something independently without parents present.
“Or facing your fears in an adventurous activity like abseiling or a high ropes course.
“These moments of challenge and triumph help build children’s confidence.”
Anthony Jones, CEO of PGL, which offers adventure camps for children aged eight to 16, as well as family adventure holidays, said: “It’s interesting to see modern parents say yes to their children more than no – as a parent I know how difficult it can be to keep repeating yourself when children make the same request on a loop.
“But giving children the scope to be themselves is important, and an independent holiday where they can grow their own self-belief, independence and confidence away from home can prove crucial in their development.
“PGL challenges parents to let their children have this independent adventure – and we often hear it’s the parents who are nervous about letting them go.”
The top 30 things British parents say no to their children about
1.            To stay up past bedtime
2.            Sweets just before bed
3.            Buying something every time you go shopping
4.            More screen time in general
5.            Putting off homework until later
6.            Having the iPad at bedtime
7.            Watching 18 rated films
8.            Going on their phone during mealtimes
9.            Having snacks between meals
10.          Going outside after dark
11.          To play more video games
12.          Wanting to play with food – rather than eat it
13.          To have a go on your phone
14.          Getting a new toy
15.          Having another biscuit
16.          Eating sweet foods before savoury
17.          Having fast food for dinner
18.          Going to the park alone
19.          Wanting to sleep in your bed with you
20.          Watching YouTube
21.          Buying expensive trainers
22.          Buying expensive clothes
23.          Buying sweets when you are out
24.          Going out without an adult
25.          Watching something on TV
26.          Going on a trip with friends and no parents
27.          Dying their hair a crazy colour
28.          Having a soft drink instead of water
29.          Going to the shop after school to buy sweets
30.          Going outside when it’s raining to avoid getting dirty