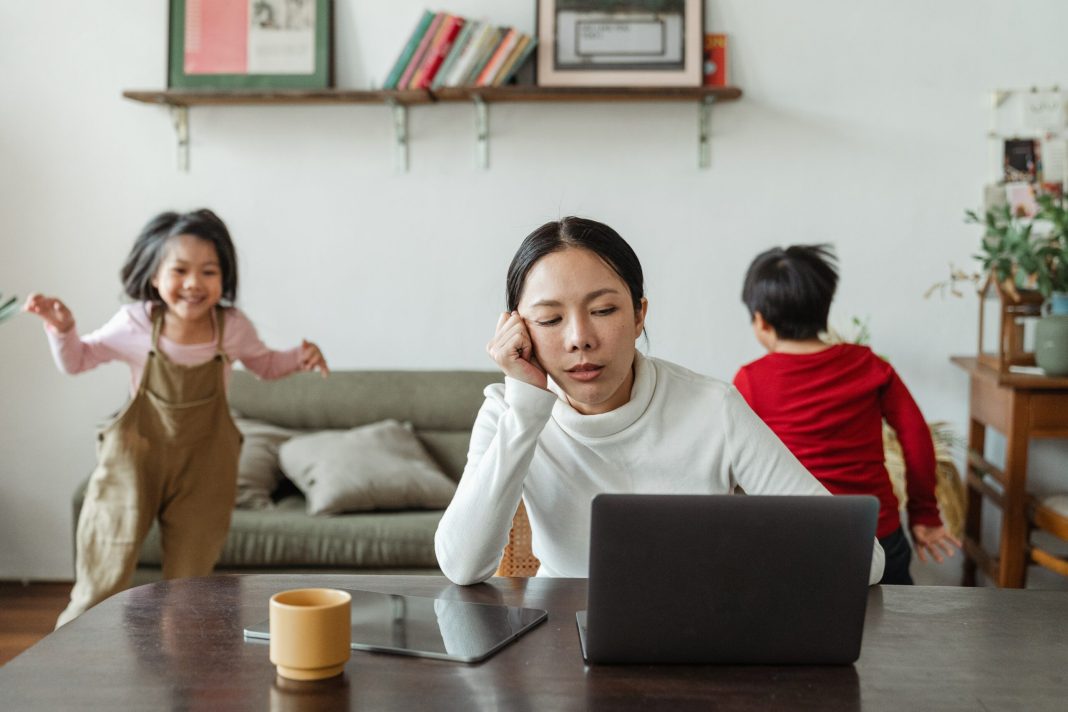 By SWNS Staff
NEWS COPY W/ VIDEO + INFOGRAPHIC
Three-quarters of millennial moms are hiding how they really feel from their families, according to new research.
A new poll of 2,028 American millennial moms found 73% feel like they constantly have to put up a strong face for their families’ sakes – as they’re feeling stressed or overwhelmed at least five days a week (34%).
While the average mom feels rewarded from their role as a mom four days a week, just over a third (34%) feel rewarded less often, which may contribute to their stressors.
Some of the top worries on moms’ minds currently are finances (40%) and their mental health (37%).
The results also found that seven in 10 moms often hold back their feelings and don’t tell their partner and/or family when they’re feeling stressed because they don’t think they’ll get the support they need (54%) or they fear feeling like a failure (46%).
Conducted by OnePoll on behalf of MDLIVE, the survey found millennial moms are often taking on more than they can chew – with four in five saying they often take on the mindset of “I’ll just do it myself” to make sure everything gets done for their families properly and in a timely manner.

That being said – nine in 10 are so busy they’d jump at the opportunity to clone themselves (88%) because they’re feeling burnt out and exhausted (76%), with the average respondent saying they’d need four clones to handle all their jobs and tasks.
Moms shared that their clones would be assigned jobs such as housekeeper to keep their home tidy (56%), babysitter to keep an eye on the kids (38%) or personal assistant to help get their lives organized (36%).
Other jobs moms would delegate to their clones included a tutor or homework helper (31%), a handywoman to fix things around the house (30%) and a chauffeur for all of their families’ needs (28%).
“Moms are some of the most hardworking people that we all know. They take on so many responsibilities that it can be extremely overwhelming sometimes, so it’s no surprise that they feel overwhelmed most days of the week,” said Dr. Shakira Espada-Campos, behavioral health medical director at MDLIVE. “Although we all like to see them as superheroes, it takes a toll, and moms struggle with their mental health, too. They should never feel like they’re alone in their mental health journey or need to suffer in silence. It’s important to be there for them the same way they’re there for everyone else.”
Fifty-seven percent of moms said they feel like they’re failing at their job when they ask for help and two-thirds feel like a burden when they reach out to their family with their stresses (67%).
Three in five respondents feel like they don’t have anyone to turn to when they’re feeling stressed (61%). The good news is that a similar percentage have reached out for mental health care at some point in the past or present (63%).
Moms admit to being hard on themselves, with 74% agreeing that they could be better at taking some time to relax and destress although two in three have a tendency to feel guilty when they do so (67%).
“While it’s critically important for moms to prioritize their own mental health if they want to be there emotionally for their families, nearly half of the moms we surveyed said they don’t feel they can take the time,” said Espada-Campos. “Moms need to feel supported and recognize that practicing self-care is not selfish. It could be one of the best things they do for their families.”

WHAT JOBS WOULD MOMS WANT THEIR CLONES TO DO?