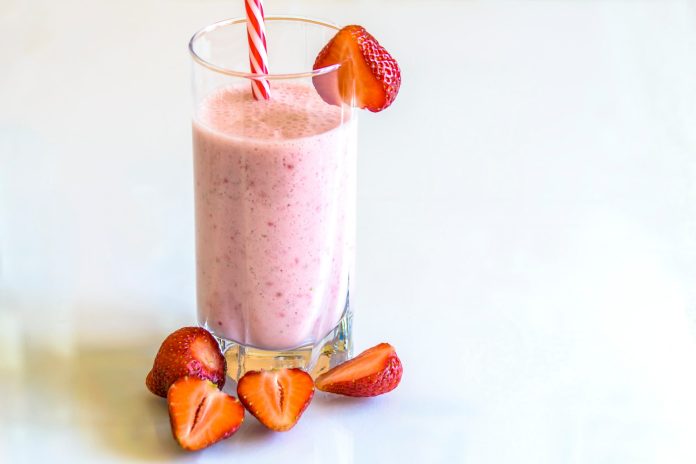 By Livy Beaner // SWNS
NEWS COPY W/ VIDEO + INFOGRAPHIC
Nearly seven in 10 Americans prefer straws over forks when it comes to dessert, new research suggests.
In a poll of 2,000 adults, 69% said they’re likely to order drinkable desserts rather than ones meant to be eaten.
On average, respondents started ordering dessert drinks around the age of 22. But 14% did so during adolescence (age 15 or younger).
While one respondent simply wants “an easier way to enjoy dessert,” 44% will reach for a dessert drink specifically to satisfy their sweet tooth.
Conducted by OnePoll on behalf of TIGER SUGAR, the poll revealed that 76% of respondents claim to have a sweet tooth.

Four in five millennials have a fondness for sweets, more so than any other generation.
In fact, 88% of millennials like to eat dessert after every meal, compared to only 38% of baby boomers.
When asked which foods they’d categorize as desserts, respondents cited a variety of both edible and drinkable options. Forty-four percent of respondents chose ice cream and 35% chose custard.
But 34% believe milkshakes to be dessert and 26% even categorize bubble tea as such.
The most popular non-alcoholic drinks were coffee (65%) and water (64%), but dessert drinks like milkshakes (58%) and bubble tea (54%) didn’t fall far behind.
When it comes to flavors, respondents were most likely to prefer traditional dessert flavors, like chocolate and vanilla, compared to fruity ones (29% vs 18%).
Even so, 80% are likely to add sugar to their drink and another 65% are likely to add a shot of flavor.
“By bridging the gap between traditional boba tea with bold, modern tastes, people are finding their new favorite drink,” said Shirley Yeung, a spokesperson for Tiger Sugar. “No matter what their flavor of choice is, people are adding a little sugar and a little sweetness to their lives.”
More than three-quarters (78%) of respondents have noticed an increase in the popularity of dessert drinks.
For example, bubble tea gained more attention (28%) than other consumable trends mentioned in the survey, like poke bowls (24%) or matcha (25%). And when it comes to trying a new trend, respondents said they’d do so because they like to try new things (39%) and if it were recommended by family or friends (35%).
Forty-eight percent have stood in a line for over an hour to try a trendy food or drink.
In fact, almost seven in 10 (68%) admitted they’ve tried a dessert drink to feel “on trend.”
“While drinks like bubble tea have a longer history in Asia and Eastern countries, the U.S. has seen a recent surge in popularity,” said Yeung. “And while people may try a dessert drink to feel ‘on trend’, they may just find their new favorite.”

REASONS TO TRY A NEW TREND