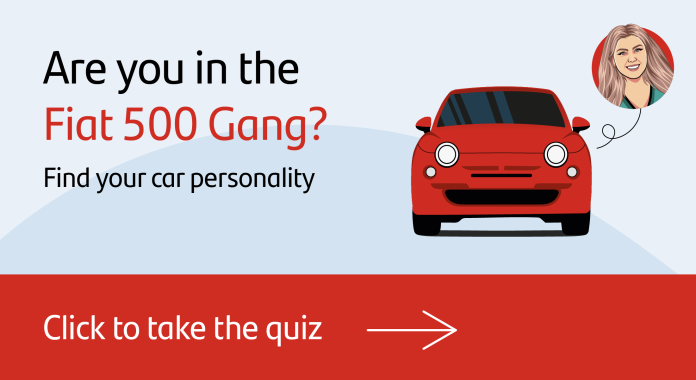 A poll of 2,000 motorists found drivers of robust SUVs are the most family orientated – with three in five (59 per cent) of these claiming to ‘always’ put their loved ones first.
Half (48 per cent) of hatchback drivers believe they are loyal and reliable, with only a five per cent saying they ‘live life in the fast lane’.
And 41 per cent of those who own a station wagon proudly declare they are organised.
In contrast, as many as one in three (33 per cent) of people behind the wheel of a 4×4 like to ‘go anywhere, at any time’.
Of those who believe their car represents their personality, many think their vehicle says more about them than their job (20 per cent), dress sense (18 per cent) and even music taste (17 per cent).
A quarter (26 per cent) have even opted for a vehicle which better matched their personality, rather than going for something more practical.
The research was commissioned by Your Red Car, the online auto marketplace powered by Santander, who also developed a quiz to help drivers reveal their ‘car personality’.
The quiz tells motorists if they are in the ‘Fiat 500 gang’, a kid centric ‘Volvo Viber’ or likely to be a ‘fast and furious Porsche driver’, among other profiles.
Denton Brock, Head of Your Red Car, said: “A car can speak volumes about you as a person and can often be an extension of our personalities.
“For others, particularly those with children, it can even be an extension of the family – which is why it’s so important to find the right one from both a practical and aesthetic point of view, and one that has that all in important personality fit.”
The study also found 65 per cent of drivers don’t yet own their dream car – but revealed a luxurious interior (32 per cent) or being in their favourite colour (23 per cent) are among the top characteristics for their ultimate vehicle.
However, being ‘fun to drive’ leads the way as what people would want from their dream car for 34 per cent.
And more than a third (35 per cent) admitted driving their dream car would mean ticking off a major life milestone.
Of those who do drive their perfect car, nearly three in five (57 per cent) said it is ‘a joy to drive’, while 30 per cent claim it has ‘all the latest tech’.
It also emerged that when shopping for a used car, three in 10 (29 percent) parents revealed their little ones have influenced their decision on which vehicle to buy.
While kids most commonly wanted more space, one in 10 (12 per cent) admitted their child persuaded them to get a certain vehicle because it was ‘cool’.
More than half of drivers polled via OnePoll ‘take pride’ in how their vehicle looks – spending an average of two hours and 26 minutes each month looking after their motor.
Denton Brock, head of Your Red Car added: “For so many, our car is our pride and joy – so having it look the part is really important.
“But for those in the market for something new – whether it’s something strong and sturdy for the family, a zippy little motor or in a ‘must have’ colour, you can easily find a wide range of used cars on the Your Red Car site, for a range of budgets and can have peace of mind that all our dealers have been approved by Santander Consumer Finance.”
To see the huge choice of quality vehicles and £75 reward Your Red Car has to offer, go to www.yourredcar.co.uk