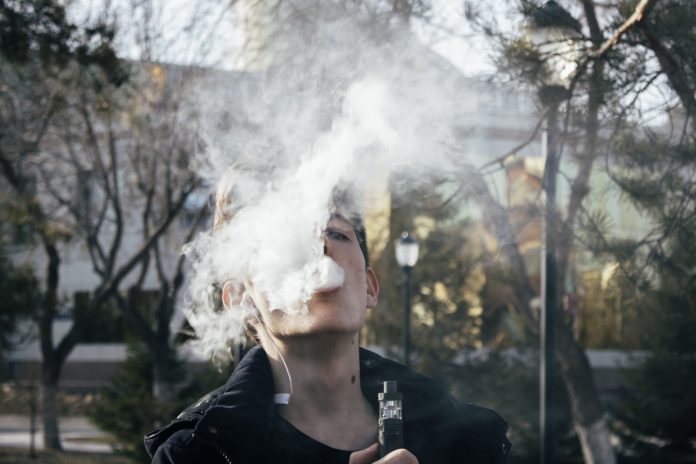 The number of vape users is increasing, but 59 per cent of adults who use vaping as an alternative to smoking admit they’re not clear on what is and isn’t good social vaping etiquette.
While 61 per cent believe vaping in public is a ‘social minefield.’
But help is at hand – five years since their last guide, leading authority on etiquette and behaviour, Debrett’s have teamed up with Vuse to update its advice.
The tips were developed following research of 2,000 adult nicotine users which found 67 per cent consider vaping etiquette to be ‘important.’
A spokesperson for Debrett’s said: “The number of people who vape in the UK has increased significantly in recent years, but the rules around vaping are not always clear.
“Five years on from our first guide to vaping etiquette, we’re delighted to team up with Vuse to share our top tips for being a courteous and considerate vaper.”
According to the etiquette guide, if it’s not apparent whether the public area you’re in allows vaping, simply ask a member of staff.
And if the answer is no, “take this news with good grace” because that way “people will appreciate your good manners and consideration.”
The guide also advises against vaping in “small spaces like lifts or public loos” and “hospitals or other healthcare settings.”
And many of those polled agree – 38 per cent don’t think you should do it in a hospital, while doing it in a lift is a no-no for 36 per cent, and 24 per cent feel the same way about vaping in public toilets.
The tips also state “engulfing others – or their surroundings – in a vape cloud is not socially acceptable.”
And 45 per cent of those polled appear to concur – when vaping in public, they think users should have to reduce the wattage setting on their device to minimise the vapour clouds where possible.
When it comes to food, there is no ambiguity: “vapers shouldn’t vape while consuming food or drink.”
More than a third of respondents seem to be of a similar mind – arguing restaurants should be off limits for vapers.
Similarly, 31 per cent think it’s best to avoid vaping where food is being prepared.
Workplace vaping is not recommended – “unless your employer has given permission”, while doing it during meetings, Zoom calls, and job interviews can suggest someone is “not focused.”
On this note, 33 per cent of those polled through OnePoll are of the opinion you shouldn’t vape in an office workplace setting.
A spokesperson for Vuse, which commissioned the research, said: “We hope this newly updated guidance will spare vape users any awkward situations.
“As the study shows there is lots of confusion over what’s good vaping social etiquette.
“But clearly it’s important to respect those around you and be as accommodating as you can.”