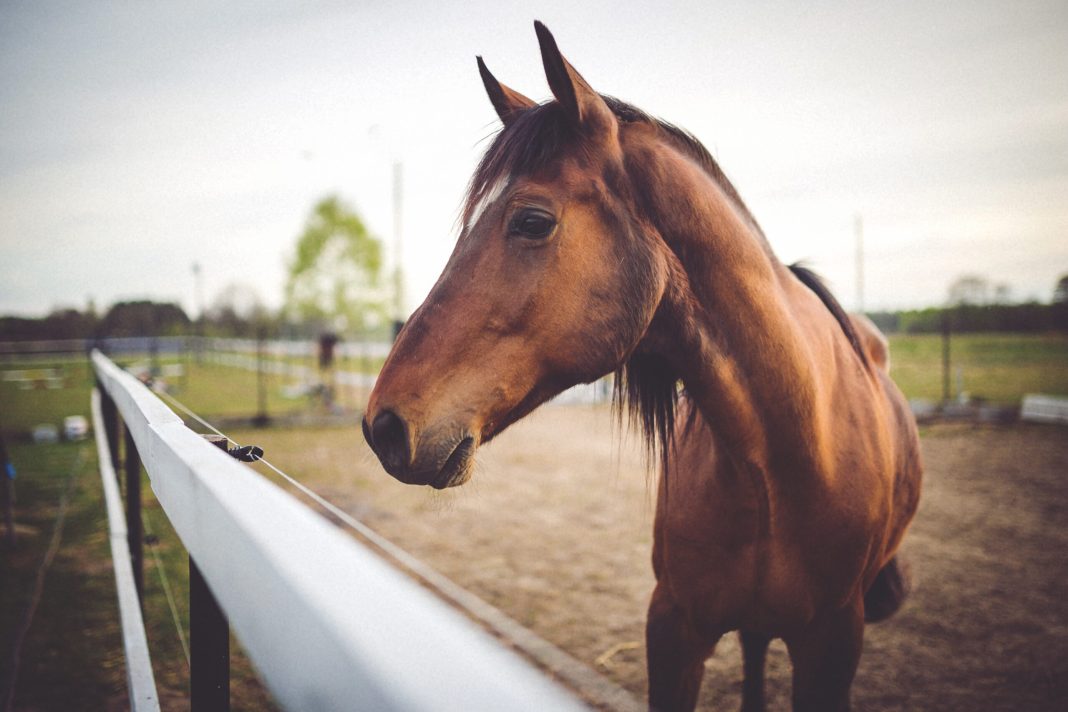 Despite making history in 2021 by becoming the first ever woman to win the 182-year-old race, statisticians say she has no chance this year – with the winner more likely to be the grey mare and favourite Snow Leopardess.
Mathematicians looked at the key trends determining success over the last 50 years of the race at Aintree to reach their conclusion.
They considered everything from the number of each winning horse, its average age, the weight each horse will carry and the starting price of every winner since 1950.
It also looked at the colours and all the angles to give the best possible insight into the hidden probabilities behind the event watched live each year by over 600 million viewers around the world.
Beyond the favourite, punters are being told to forget lucky number seven – for Grand National success, betters are advised to back number six.
Looking back at the likes of Rag Trade in 1976, Mr Frisk in 1990 and most recently Don’t Push It in 2010, horses winning the Grand National have worn a number cloth with the number six in it a total of eight times over the last 51 years – more than any other number.
Following this logic brings in this year’s number six, Lostintranslation who is an outside 66/1 chance to win.
The data was released by online bookmaker Lottoland.co.uk, to highlight their Grand National Accumulator, where you can buy 20 horseshoe scratchcards to get 50 free spins on Starbust for £2.
CEO Nigel Birrell said: “Like a massive lottery rollover, the Aintree Grand National really grabs the public imagination and millions of people will likely be watching the action from Aintree from 5.15pm this Saturday.
“Once again, we’ve put the Lottoland statisticians to work to find the key numbers and trends to follow for your Grand National quick picks.
“Based on their late night research, the two to watch this year are Snow Leopardess and Deise Aba.”
Looking at the last 50 winners of the big race, the average age of the horse first past the post has been nine years, which brings in multiple contenders.
Horses of that age in this year’s race include last year’s winner Minella Times, as well as Delta Work, Burrows Saint, Two For Gold, Good Boy Bobby, Lord du Mesnil, Mighty Thunder, Discorama, Agusta Gold, Phoenix Way, Deise Alba and Domaine de L’Isle.
Weight is also an important factor when deciding the winner of the world’s most famous horse race.
The average weight of all the winners in the Grand National since 1950 was revealed to be exactly 10st 7lbs, which means the fancy based on this key factor suggests Death Duty at 28/1 and Domaine de L’Isle at 66/1.
But if you choose your picks based on colour of the jockey’s silks alone then green is the colour, with 13 wins followed closely by blue at 11.
Minella Times and Deis Aba carry green and yellow, but favourite Snow Leopardess carries blue silks with her jockey Aidan Coleman.
Nigel Birrell from Lottoland added: “Whether you usually use your favourite Irish Lotto lottery numbers, your zodiac sign, your birthdays or the sum total of your pets ages to make your big race selection, we hope the research comes in handy for the Aintree spectacular.
“Based on all this data, it has to be Snow Leopardess to win the World’s most famous race.
“She’s the favourite, she’s grey, she’s a mare, she’s won her last three races, her age is good at 10, weight is close to the optimum at 10 stone 9 pounds and she’s wearing the lucky colour blue.”