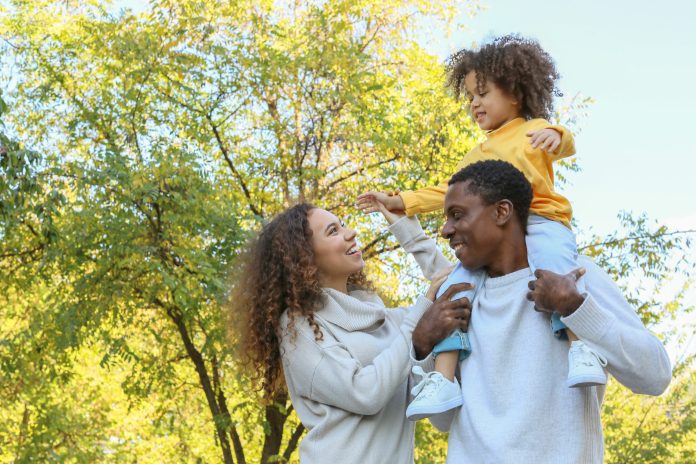 By Elizabeth Elizalde // SWNS
NEWS COPY w/ VIDEO + INFOGRAPHIC
“Going green” may start at an earlier age for America’s youth – two in three parents have already spoken to their children about climate change and the dangers of global warming, according to a new poll.

Ahead of Earth Day on April 22, a recent OnePoll survey asked 2,000 parents of children ages 5 through 18 about the environmental habits they adopted in the last two years.

Nearly seven in 10 parents said their families have become more sustainable and eco-conscious since the start of the pandemic.
Sixty-three percent of parents have taken active steps to teach their kids about sustainability  – which for many included a discussion about climate change (65%).
Surprisingly, parents of younger children between the ages of 5 through 13 were slightly more likely to discuss climate change than those with teens ages 14 through 18 (64% 59%).
But regardless of their child’s age, parents were all on the same page when it came to recycling, which roughly half said they currently do at home (51% for 5-9 year-olds, 53% for 10-13 and 51% for 14-18).
Overall, recycling topped the list as the most popular way for parents to teach their kids about sustainability (30%).
Other popular habits included eating leftovers instead of throwing them in the trash (29%), eating healthier (28%) and using water filters instead of drinking bottled water at home (28%).
Twenty-seven percent also encourage their kids to dry their laundry via clotheslines instead of an electric dryer, shutting off the lights at home (27%) and using cloth or paper shopping bags (27%).
Other respondents have even taken up washing their family’s clothes by hand (26%) and donating used goods rather than throwing them away (26%). Both of these habits were more frequently adopted by teens (28%) than by younger children (26%), according to their parents.
While 61% of those polled identify as eco-friendly independent from their families, half have experienced guilt for their past unsustainable habits.
And many of their unsustainable habits seem related to the pandemic, such as using more disposable masks instead of cloth options (40%) and wearing disposable gloves (37%).
Parents also admitted that using more bottled hand sanitizer, driving long distances instead of flying and using single-use plastic (36%) also impacted their sustainability efforts.