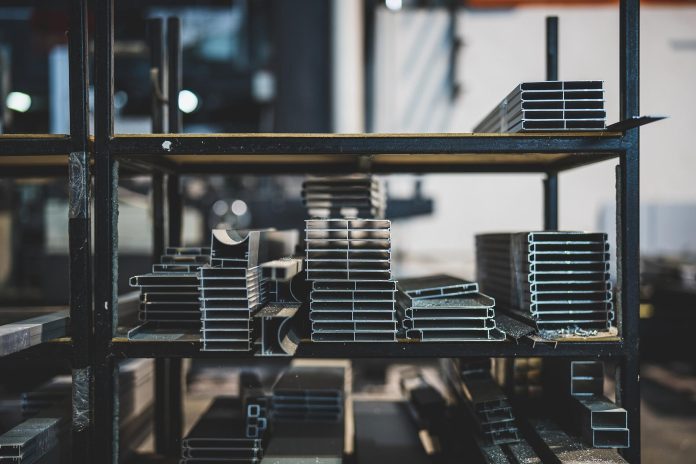 Ahmed Ezz, businessman and steel industrialist, is the founder of Ezz Steel. Under Mr Ezz’s leadership, the company has grown to become the Middle East’s largest steel producer.

Attending the Saudi International Iron & Steel Conference as a key speaker, Ahmed Ezz reflected on Egypt and Saudi Arabia being two of the Arab world’s largest economies and also the region’s largest steel producers. Leadership of the two countries has embarked on transformational changes that will not only have a physical impact but will also result in societal changes that will benefit generations to come.

In his speech, Ahmed Ezz pointed out that Egypt is home to a host of great steel companies. In addition, Saudi Arabia is too, as is the whole of the Arab world including the Emirates, Qatar and Algeria. However, Mr Ezz questioned whether there was room for growth today and sustainable growth in the future; if the trials, tribulations and cycles of the steel industries have shown one thing, it is that infrastructure alone cannot sustain major long-term investments indefinitely.

As Ahmed Ezz reflected, global steel consumption has grown from under 700 million tons to over 2 billion tons. There is no industry more protective of other industries globally than the steel sector. In the last decade alone, more than 1,800 international steel trade measures have been implemented, including anti-dumping and safeguards trade measures.

Mr Ezz explained that steel trade was actually in decline, down from 37% two decades ago to under 22% today. He indicated that the solution was not in exports. While he conceded that infrastructure projects were great and had sustained the economy for many years, he queried where actual growth would come from.

As Ahmed Ezz indicated, economies differ, but looking at the issue of per capita steel consumption in countries like Turkey, China, Vietnam and indeed, throughout most of Southeast Asia, intensity of steel consumption is double what it is in Egypt and Saudi Arabia. As Mr Ezz pointed out, it is no wonder. While the share of manufacturing industries in the economies of Egypt and Saudi Arabia hovers around the 13% to 14% mark, in the aforementioned countries it is much higher, ranging from 24% to 29%.

Ahmed Ezz acknowledged that both Egypt and Saudi had very clear visions in place: transformational visions, based on transforming physical infrastructure and creating the cities of the future. He reflected on developments in Neom, highlighting the major work underway in the Egypt new capital today. Indeed, as Mr Ezz indicated, much of the work happening in Egypt today, including at the Suez Canal, is being undertaken with both energy and sustainability in mind.

Green hydrogen is quite sustainable and interesting for the steel energy in general. However, as Ahmed Ezz mused, the next phase of growth in steel in Saudi, Egypt and the Arab world needs to be based on deeper industries that have been the core of steel development throughout most of the emerging world.

Mr Ezz spoke about developments within Egypt concerning clean energy and green hydrogen, and investments in the billions. He then reflected on the Arab world’s basic industries, including those of the 20th century, as well as those that would see the region through the next 70 years.

Ahmed Ezz shared his vision with the audience of delegates at the Saudi International Iron & Steel Conference. With vehicle consumption in the Arab world predicted to top $80 billion a year by 2030, Ahmed Ezz explored the viability of investing in building a large auto industry, with Egypt serving as a base and Saudi steel contributing. In his speech, Mr Ezz told the audience that they owe it to themselves to grow in steel at a higher pace, explaining that Hadeed and Ezz Steel were already at four to five million tons each by 2020. Meanwhile, Vietnam was at just 700,000 tons for the whole country in the late 1990s versus 20 million-plus tons today. As Ahmed Ezz indicated, around 40,000 engineers graduate from Egyptian universities each year, and he himself could attest to the quality of the Egyptian labour force.

Ahmed Ezz praised recent cooperation between Gulf Council countries, with indirect investment in the country’s large and successful companies – highlighting Egypt’s potential as a base for major Saudi corporate investment. While Ahmed Ezz acknowledged that it could be challenging to attract direct foreign investment in this part of the world, he pointed out that Saudi is a great economy. Drawing on his considerable experience of the international steel trade, Mr Ezz said that trying to attract long-term international investment might not be easy, suggesting that it may be better to ‘depend on ourselves’.

Building on his family’s successful steel trading business, Ahmed Ezz – businessman and entrepreneur – established Ezz Steel (EGX: ESRS) in Egypt in 1994. Under his stewardship, the company has become a pioneer for high-grade steel, a diversified product portfolio, and technological innovations in the steelmaking industry in Egypt and the Arab World. Mr Ezz’s considerable achievements were recognized when he was awarded the Willy Corf/ Ken Iverson Steel Vision Award in 2010. In 2018, Mr Ezz was named runner up in the S&P Global Platts Lifetime Achievement Award, which recognizes individuals who have made an outstanding contribution to the metals sector throughout the duration of their career.

Ezz Steel is one of the world’s fastest growing and most technically advanced steel producers, having a production capacity of 7 million metric tons per year of long and flat steel products.