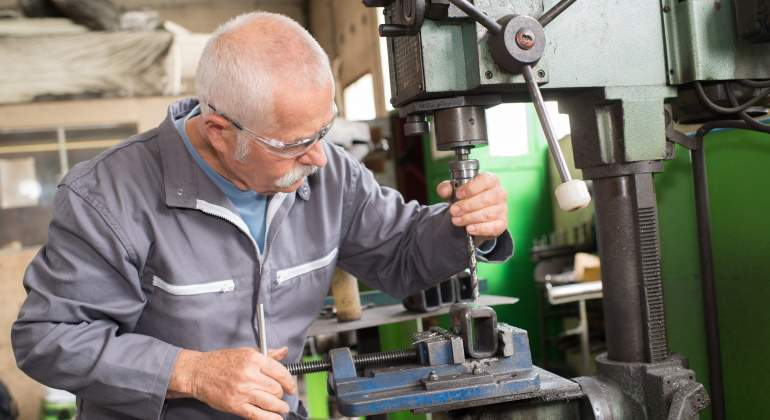 Retirement early can be a relief for those workers who, near retirement age, do not want to work anymore. However, to access any of the early retirement modalities it is necessary to bear in mind that, apart from the possible reductions in the pension, to be entitled to it, certain requirements must be met.

Probably the most important requirement for early retirement is that of the contribution , since it marks the need of the worker not to lose jobs throughout his life with the aim of accumulating years in the face of the conditions that are imposed to be entitled and collect a retirement pension. The worker works to contribute (to be able to receive unemployment or a paid leave): he does so in the face of multiple aspects, but especially to access retirement in the future.

The requirements for early retirement differ from those required for ordinary retirement in terms of the prior contribution required. They also depend on the type of early retirement: voluntary or derived from involuntary termination of work.

For voluntary early retirement , Social Security requires workers to have previously contributed 35 years , of which two must be in the last 15 years immediately prior to the request for early retirement. Workers are allowed to add one year from the military or the substitute social benefit with a maximum of one year in order to achieve this contribution requirement.

In these two cases (voluntary and involuntary retirement) there is an exception, that of agricultural workers employed by others . These workers must comply with a different specific contribution criterion, regardless of the general calculation of years: they must contribute six of the last 10 years immediately prior to the request for early retirement.

In addition, there are workers who have different early retirement due to the profession they perform and its dangerousness, hardship or toxicity. Here you will find miners, pilots and high-flying personnel, firefighters, local policemen, artists, bullfighters …

In each of these cases, a specialized regulation is contemplated that allows early retirement at different ages (even from 52 years in the most extreme case) provided that different contribution criteria are met. Social Security has a section on its website where you can access information for each type of early retirement.

Lastly, the workers of the Passive Classes of the State have a shorter period of contribution required to retire early: with 30 years of contributions they can retire early from the age of 60, although in the case of the staff of the General Courts they require 35 years to do it.