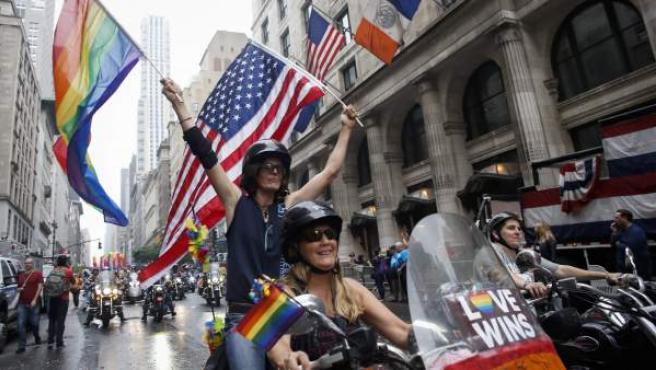 Books on racism, racial discrimination, racial justice and the Black Lives Matter movement are alongside those on LGBT themes among those that were censored in some way in the US in 2020 , according to the country’s Library Association .

The ALA (American Library Association) published its list of books withdrawn from the shelves or with restricted access , among other ways of censoring them, as every year around this time , what it calls “questioned books.”

They are books that address “controversial” issues , explains Puerto Rican Loida García-Febo, who was president of ALA and today heads a committee related to women in that entity.

The good news for 2020 is that there were fewer “questions.” As those who most ask to censor books are parents with school-age children, perhaps the decline was due to confinement and the closure of classes during the pandemic, points out García-Febo.

According to the report prepared by the Office of Intellectual Freedom (OIF) of ALA, there were 273 “questions” of books and printed materials, while in 2019 there were 566.

The ten most questioned books
Number one on the list is ” George ” by Alex Gino, an LGBT-themed book that was questioned, banned and restricted as it does not reflect “the values” of the community.

The second ” Stamped: Racism, Antiracism, and You “, by Ibram X. Kendi and Jason Reynolds, suffered the same fate due to public comments by its authors, including mentions of incidents in a biased way and not considering racism in general, according to The report.

“Something Happened in Our Town: A Child’s Story About Racial Injustice,” an illustrated book by Marianne Celano, Marietta Collins and Ann Hazzard, uses ” divisive language” and promotes opinions against the police according to those who asked to censor it.

Among the books “questioned” for racial reasons is a classic , “To Kill a Mockingbird” (To Kill a Mockingbird) by Harper Lee, in this case alleging the use of racial epithets and that the fact that the main character is white – a lawyer defending an African American accused of raping a white woman – has a negative effect on students.

Two books by established authors, “Of Mice and Men” by John Steinbeck , for racial stereotypes, and “The Bluest Eye” (Blue eyes) by Toni Morrison, for explicit sexual content, are on the list of OIF corresponding to last year.

“All American Boys,” by Jason Reynolds and Brendan Kiely; “Speak” by Laurie Halse Anderson; Sherman Alexie’s “The Absolutely True Diary of a Part-Time Indian” and Angie Thomas’s “The Hate U Give” are also on the top 10 most questioned list.

Libraries and Covid-19
On the occasion of National Library Week, ALA published a report on how covid-19 affected libraries and how an unprecedented situation was resolved to continue operating despite its physical closure and fill the gap produced by the closure of the libraries. bookstores.

The report highlights the role that libraries played in bridging the digital divide and helping families , low-income or marginalized communities, students, and rural dwellers in interactions and digital learning.

It also points out that librarians had to fight against misinformation and false information against covid-19 and xenophobia, “especially chinophobia (Chinese phobia)” that it aroused.

Throughout 2020 they had to respond to misinformation about vaccines , the census, the “Black Lives Matter” Movement and the US presidential elections, he adds.