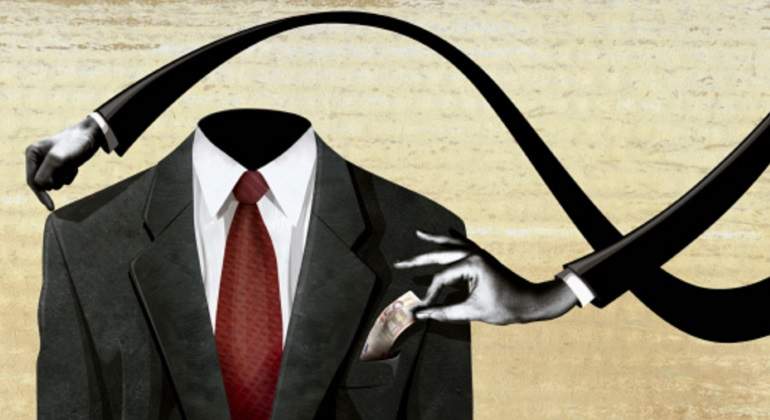 Multilateralism has been on the defensive in recent years. Today, in a global environment that is more multipolar than multilateral, competition between states seems to take precedence over cooperation. However, the recent global agreement to reform the international corporate tax system is positive proof that multilateralism is not dead.

However, he is not in good health either. Globalization has run its course during the Covid-19 pandemic – albeit in a less uniform way and despite the feeling of growing isolation among people – but interdependence is increasingly conflictive. Even symbolic power is being used in a coercive way: vaccines, data and technological standards have become instruments of political competition.

The world is also losing freedom. Democracy itself is under attack, in a bitter ideological confrontation over which political and economic system can produce better results for citizens.

The European Union continues to believe in and continues to work towards a predictable world of rules-based multilateralism, open markets, positive-sum collaboration, and social justice and solidarity.

We remain convinced that the challenges of today’s world – from fighting the pandemic to action against climate change – can only be tackled through global cooperation. Consequently, the EU will continue to lead the revitalization of rules-based multilateralism, to show our citizens the tangible benefits of an apparently dry and technocratic concept.

At the end of the day, the alternative to this multilateral cooperation – “each for his own part” – supposes a more limited access to vaccines, insufficient action on the climate, the festering of security crises, inadequate regulation of the globalization and an increase in global inequality. No country, not even the largest, can survive alone. For all these reasons, Italy has rightly placed multilateralism among the priority elements of the program of its current presidency of the G-20.

However, the EU cannot simply emphasize its multilateral credentials. Europe must show that multilateral action can bring returns to everyone if all countries invest in it. And that is precisely what the new global tax agreement does.

The agreement, endorsed in early July by the G-20 Finance and Economy ministers and backed by 132 countries, will set a global minimum tax rate of at least 15% for multinational companies and will ensure that these companies pay taxes in the countries. in which they generate their benefits. This is a historic step towards a fairer globalization and a milestone in effective multilateralism.

In recent years, governments have taken important measures against tax evasion by individuals. According to the OECD, between 2009 and 2019, the automatic exchange of tax information between states generated an additional tax revenue of 95 billion euros (112 billion dollars) in the G-20 countries, and resulted in a reduction of 34% of deposits in tax havens.

However, the fight against tax avoidance by multinationals, an even bigger problem, has proven to be more tough. In 2018, the OECD estimated that tax avoidance by multinationals resulted in global revenue losses of between $ 100 billion and $ 240 billion a year, that is, between 4% and 10% of total tax revenue. of companies. Furthermore, the current international corporate tax system, conceived more than a century ago, is increasingly out of date in today’s globalized and digitized economy.

The EU has long been committed to formulating a global response to this challenge. However, it has been the constructive collaboration of the US President Joe Biden’s administration over the past six months that has enabled this decisive recent breakthrough. This is a surprising and welcome reestablishment of US support for a multilateral worldview. The 132 countries and territories that currently support the new agreement on corporate taxation represent 90% of world GDP. The agreement will not by itself solve the problem of tax avoidance of multinational companies, but it does represent a huge step forward. It marks the beginning of the end of the global minimum race on corporate tax rates,

The agreement will ensure higher and more stable income for states at a time when all countries must meet the costs of fighting the pandemic and mobilize the investments needed to tackle the climate crisis. Furthermore, it will ensure greater justice at a time of growing inequalities between the developed and developing countries.

Above all, the recent tax agreement shows how multilateral action can lead to a more equitable form of globalization. We now need equally effective international responses in other areas, from access to vaccines and the climate crisis to data security and technology standards.

Future generations will not forgive us if we ignore the main lesson of the pandemic: we are all in the same boat. We need smart strategies and bold tactics to realize a truly universal program for all.