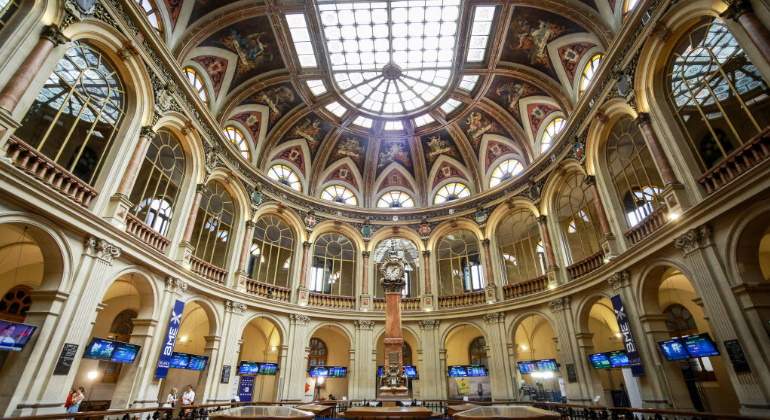 The Ibex 35 has closed in the last session of the week dyed red, a color that predominates in the parks on both sides of the Atlantic . The selective Spanish has fallen by 1.26% in the day and loses the 8,700, ends on the 8,675.7 integers.

The weekly and monthly balance of the index also remains negative, despite the fact that the selective experienced increases during the last days. Since Monday, the Ibex 35 has lost 0.5% and in July the decline is 1.65%, thus closing its second consecutive month with losses.

“The rises that we saw yesterday served for the Ibex 35 to mark a new rising maximum within the rise that develops from the lows that touched last week at 8,250 points, which is a sign of strength but does not cancel our hypothesis of that sooner or later the falls could be imposed again “, comments Joan Cabrero, an analyst at Ecotrader .

The expert points out that “this fall is what we suggest to wait before new purchases  and we will see if the index approaches the minimum that it marked last week at 8,250 points, whose transfer would open the door to a deepening of the downward correction that in the worst case would look for the 7700 points. ”

The Spanish Stock Exchange and the rest of the European indices have traded today with losses despite the positive European macro data and after several sessions of advances. The GDP of our country grew by 2.8% in the second quarter of the year, while the GDP of the euro zone rose by 2% in the same period, above the 1.5% expected.

For its part, inflation in the Eurozone rose in July to 2.2% year-on-year compared to 1.9% in June). Bad news from China – with new setbacks in its technology -, disappointment at Amazon’s results and the already inseparable uncertainty over the Delta variant, have been more weight in the falls .

The EuroStoxx 50 closes on Friday with a fall of 0.5% and fails to reach  4,100 points , in the week the Old Continent index also leaves a negative balance. However, the month of July remains positive for the selective.

“The latest hikes could be unreliable and part of a consolidation process that could last even longer before we see sustainable increases towards targets of 4,575 points, ” says Joan Cabrero regarding the European index.

The earnings season continues on both sides of the Atlantic and in the Ibex 35 the stars today have been BBVA , Caixabank , IA G, Siemens Gamesa , Amadeus and Fluidra .

Indra has been crowned as the best value of the week, while Almirall has led sales, it has dropped 10% since Monday. In the monthly balance, the big winner is ArcelorMittall, which has gained 14% in July. On the contrary, Gamesa has fallen by 17% since the first of the month.