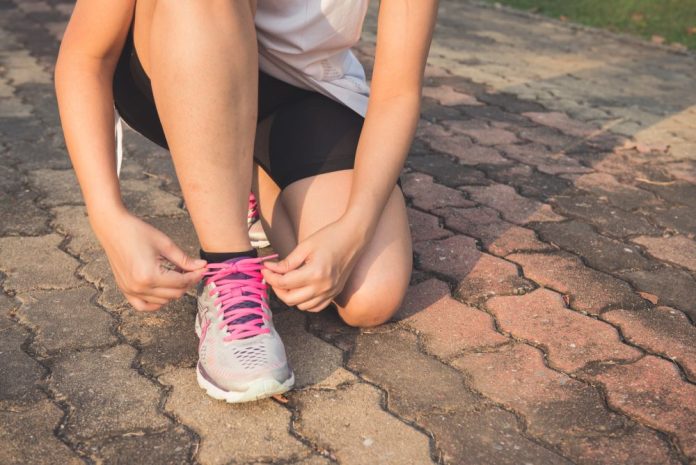 More than a quarter of adults believe they lead a sedentary lifestyle – with the average person sitting down for up to 40 hours a week.
A study of 2,000 Brits found 34 per cent think they need to be more physically active but struggle to do so.
And 27 per cent admit they aren’t as active as they should be – despite easily being able to.
Lack of motivation (29 per cent), tiredness (28 per cent) and not having enough time (26 per cent) were cited as the top reasons for this.
While being inactive for so long leaves adults feeling bored (32 per cent), unhealthy (32 per cent) and ironically – tired (29 per cent).
The research was commissioned by Babybel which teamed up with Josie Gibson to hit the streets of Sittingbourne in a bid to get the nation moving again, temporarily renaming the town to ‘Standingbourne’.
A spokesperson from the cheese snack brand said: “It’s not easy to remain active off the back of busy summer holidays, especially when research shows just how long we spend sitting still all day.
“As part of our Active Living Challenge, Sittingbourne was renamed to Standingbourne to show how small changes to everyday routines can make a difference.”
Two thirds would like to be more physically active than they currently are but 35 per cent claim it’s harder to do this as they get older.
When quizzed on the length of exercise, 61 per cent said they’d be more likely to do it if it lasted a shorter amount of time.
While 65 per cent would be more inclined to do something active if it was fun.
Nearly seven in 10 say they moved more as a child compared to now and 42 per cent of those with kids say they help them to keep moving.

Most adults wish they were more active
Wednesday is when Brits are most active (16 per cent) with the average adult trying to get their blood pumping five times a week.
The study also found 83 per cent of adults sit still for up to 12 hours a day.
Cleaning the house (32 per cent), gardening (29 per cent) and walking up and down the stairs (22 per cent) were deemed the top ‘everyday activities’ which gets them moving the most.
While 35 per cent claim they are more active when they are at work, according to the OnePoll study.
Health (36 per cent) and personal goals (25 per cent) are among the top inspirational triggers for getting the heart racing.
But more than a third (37 per cent) deem themselves to be their biggest inspiration for getting fit.
The cheese brand’s spokesperson added: “It’s great to see that children are one of the factors keeping their parents active.
“It’s also interesting that majority of the Nation want exercise to be in short, fun bursts instead of long workouts.
“We want to encourage families to make small tweaks to their routines during the back-to-school period to get the whole family moving.
“Our top tips are all easy and bite-sized activities to get everyone up and off their seats”.
The top 10 babybel active living challenge tips
1.    Squats while brushing your teeth
2.    Star jumps while the kettle is on
3.    Clean your home with some music on
4.    Take the stairs instead of the escalator
5.    Superman stretch as you get out of bed
6.    Get off one stop earlier and walk the last mile
7.    Ditch the electric mixer and stir by hand
8.    Jumping jacks at the end of every TV show
9.    Dance with family and friends as you cook dinner
10.   Play a game of tag while the microwave is on
For more information about the campaign click here.