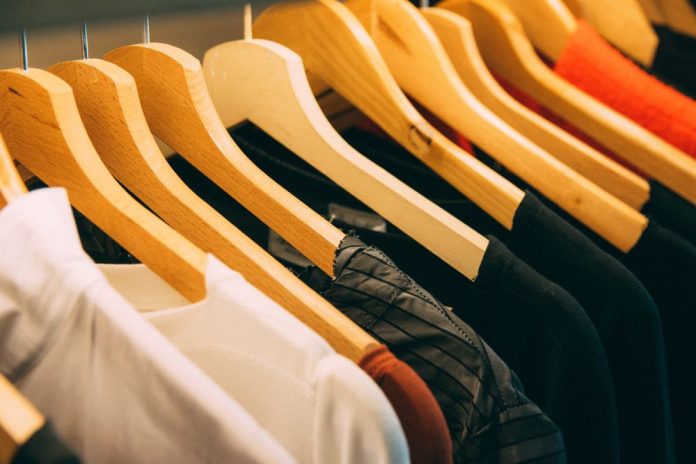 Brits’ top 40 wardrobe staples have been revealed – including black jeans, a cosy jumper and a pair of Levi’s .
A poll of 2,000 adults found 75 per cent have items of clothing they ‘swear by’, where they’re able to style and re-style for different occasions.
Leather jackets and linen shirts also featured in the list, as well nautical striped tops, culottes and the ever-popular ‘sliders’.
Many in Scotland have parka coats stowed away in their closets, with nearly four in 10 (39 per cent) describing their style as relaxed.
And oversized hoodies and Nike trainers are both key items in Welsh wardrobes – as more here admitted to loving their summer style more than winter wears.
Nationally, others turn to gym leggings and ‘shackets’ – a shirt worn like a jacket – and more than four in 10 (43 per cent) have a selection of ‘go to’ outfits
In fact, 31 per cent even have a tried and trusted athletic ensemble, while 36 per cent have loved an item so much they bought it more than once.
But 24 per cent admitted they buy items JUST to flaunt them on social media, swapping back into their preferred get-up once ‘offline’.
The research was commissioned by clothing app Whering, which has also created an interactive infographic displaying a breakdown of the findings from regions across the UK.
Bianca Rangecroft, Founder & CEO of the digital wardrobe service, said: “We’ve all got those go-to items we love to wear again and again.
“Whether it’s because it goes with everything, it can be dressed for any season or just fits well, our study just goes to show there is always an item people enjoy dressing up in.
“But sometimes, when we do this, clothes at the back of the wardrobe can get lost or forgotten.”

Flaunt it
The study also found comfort beats style, as 47 per cent describe their dress sense in this way, while 38 per cent take a ‘relaxed’ approach to how they dress.
Whereas just 12 per cent opt for a ‘designer’ look and 14 per cent would describe their ensembles as ‘trendy’.
As a result, 58 per cent think the wardrobe staples of 2022 are different to the styles donned in 2017.
It also emerged half of respondents will often just pick out the clothes that sit on the top of the pile in their drawers.
And 82 per cent will never, or only occasionally, rotate their closet to dig out old outfits they’d long forgotten.
Because of this, 30 per cent wear the same clothing ‘on a loop’.
Of those who do bring neglected items to the front of their wardrobes and drawers, a quarter will do so every two to six months.
But 11 per cent mix things up weekly, with 41 per cent claiming bringing out the forgotten items  makes them feel ‘new’.
Despite this, 36 per cent of the typical adults’ wardrobe is made up of their essentials.
This leaves the other two-thirds rarely seeing the light of day, regardless of a wardrobe switch up.
The research, conducted via OnePoll, found more than one in 10 never  get rid of tired, old clothes, but  the 88 per cent who do have a clear out three times a year, on average.
Charity shops are the first port of call to give old clothes a new lease of life, followed by recycling them and listing items on sites like eBay or Depop.
Bianca Rangecroft added: “It’s good to have a bit of a rotate of your wardrobe or good clear out to find those lost belongings.
“You might find something you haven’t worn in years has made a comeback – and it’s time to flaunt it.”
Brits’ top 40 wardrobe essentials