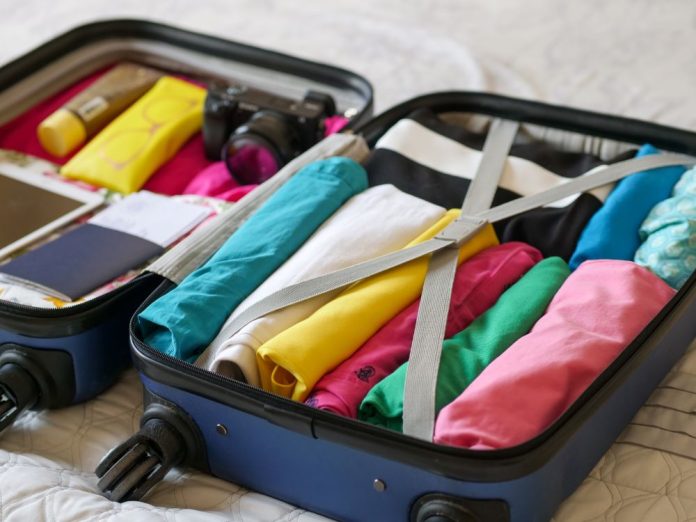 This is the moment baffled holidaymakers experienced close encounters of the BLURRED kind when they checked the departures board at their airport.
From a distance, the destinations, gate numbers and flight times at Liverpool Airport were all there, but close up, things became clear … or rather unclear.
The set-up was created by Vision Direct to mark their trial of a contact lens vending machine for forgetful folks who left their eyewear behind.
It came after their survey revealed 58 per cent of travellers worry about forgetting something they really need when going away.
Barney Streeting, general manager for the contact lenses provider said: “There are so many things to plan and remember for a holiday, it is no wonder people often miss something along the way.
“With most things you can make up for it when you arrive at your destination – buying replacement clothing or toiletries or underwear is relatively easy.
“But there are some pre-holiday blunders which are harder to cover, such as forgetting to take the right passport, losing car keys or leaving prescriptions at home.
“We wanted to raise awareness of how life-changing wearing contact lenses or glasses can be – and how forgetting them can be the difference between enjoying a holiday and finding it unbearable.”

Planning in advance
The study found four in 10 have found themselves in a spot of bother following a momentary lapse of judgement prior to departure.
Travelling with an out-of-date passport, driving to a different airport and taking the wrong currency are among Brits’ biggest pre-holiday blunders.
Other mistakes include going to the incorrect airport gate, failing to pack appropriate clothing and arriving for a flight a day after its departure.
Going over the baggage allowance, picking up the wrong luggage at the airport and missing a motorway turning on the way also feature in the top 20.
Of those who have forgotten items for a foreign holiday, swimwear, foreign currency and travel insurance are most often missed.
As a result, three in 10 have at some point had to fork out for something they forgot to take away with them on holiday – with the average pay out being a whopping £338.
Of those with a sight prescription, 71 per cent would be mortified to turn up to their holiday destination without the right eyewear.
While 22 per cent would be more worried about leaving their prescription glasses at home than any other item, and more than one in 20 claim going without their contact lenses would ruin their trip.
When faced with a holiday without such essentials, 21 per cent have had to cope without – experiencing blurry vision or risk of illness without medication.
While 16 per cent of those polled via OnePoll have tried to source and pay for medical items and a further 10 per cent have bought online at a holiday location.
Being in too much of a rush (31 per cent), getting distracted (27 per cent) and being pre-occupied with work (22 per cent) are just some of the reasons people give for their mishaps.
Barney Streeting for Vision Direct added: “There are plans you can put in place to make going on holiday as stress-free as possible.
“Writing lists for everything you want to take – from contact lenses and medicines, to favourite outfits and flip flops – is a great way to double check you have everything.
“And a rough run through plans the week in advance will also help to ensure things run smoothly on the day itself.”
Top pre-holiday blunders

Realised I’d packed entirely the wrong types of clothing
Gone to the wrong airport gate
Realised at the airport my passport was out of date
Bought the wrong currency
Driven to the wrong airport
Forgotten an essential item e.g. underwear or medicine
Arrived at a destination to find my child has replaced the contents of my luggage with toys
Packed for specific weather conditions only for the weather to be the complete opposite on arrival
Mixed up holiday destinations and arrived at the wrong destination/accommodation
Got stuck in traffic on the way to the airport/ferry/train station and missed the flight/boat/train
Went over the holiday baggage allowance
Realised after getting off the plane something had been left onboard
Picked up the wrong luggage at the airport
Got on the wrong transfer coach
Missed the motorway exit or another key turning and got lost/delayed and missed the flight/boat/train
Lost my car keys and had to get a replacement
Packed too many liquids
Lost / forgotten my passport
Booked the wrong accommodation/travel dates
Turned up at the airport on the wrong date